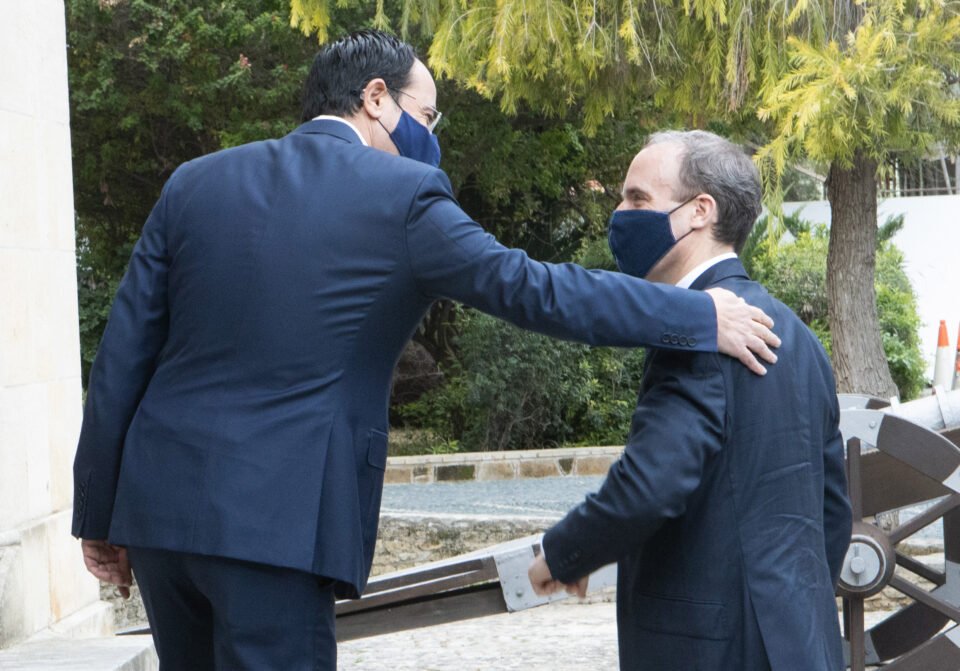 Raab was recently in Cyprus

Britain’s Foreign Secretary Dominic Raab has described the internationally accepted model of a bi-zonal, bi-communal federation as “a starting point” for a settlement to the Cyprus issue, urging “flexibility and pragmatism”.

He was responding in the House of Commons on Tuesday to a question by Labour MP Bambos Charalambous, who had asked the Foreign Secretary to confirm the British government’s commitment to a bi-zonal, bi-communal federation as “the only basis” for a political settlement in Cyprus, ahead of next month’s UN-backed talks in Geneva.

Raab commented that “of course that is the starting point”.

He then added: “The most important thing we need to see right now is for both sides to go to those UN 5-plus-1 talks without preconditions, so we can re-engage in the kind of flexibility and pragmatism that can see lasting and enduring peace for the whole of Cyprus.”

Raab said that he was in Cyprus recently, where he spoke to President Anastasiades and to the Turkish Cypriot leader Ersin Tatar.