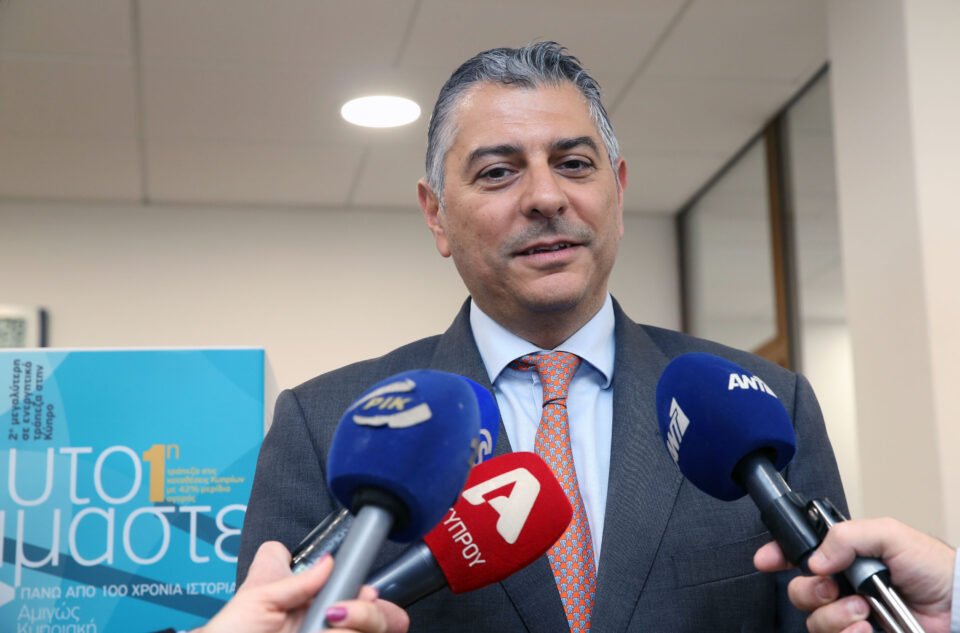 Opposition MPs suggested on Thursday there was a cover-up effort afoot after police would not say whether they had questioned former finance minister Harris Georgiades and former senior executives of the co-op bank, who were found by an inquiry to be responsible for its demise in 2018.

Police told the House watchdog committee that certain files relating to the case had been sent to the Legal Service for instructions. Deputy chief of the force Christos Mavris said they concerned facilities extended by certain co-ops, the use of company credit cards and asset management firm Altamira.

The co-op bank was nationalised in 2013 and recapitalised twice with a total of €1.7 billion in taxpayer money.

It was shuttered at the end of August 2018 with Hellenic Bank taking over certain assets. The remainder, mostly non-performing loans, went to a state-controlled asset management firm Kedipes.

A subsequent inquiry blamed Georgiades for the co-op’s demise and President Nicos Anastasiades for not dismissing him after EU supervisory authorities had warned of inadequate management.

Poor management and the fact that the bank had the highest ratio on non-performing loans made its operation unviable.

Ruling Disy MP Annita Demetriou said the process must go ahead as soon as possible but censured the fact that MPs were seeking to create impression by focusing on certain names.

“Let everything be investigated and justice follow its course,” she said.

Akel MP Irini Charalambides criticised the fact that police would not give a straight answer on whether they had taken statements from Georgiades, former CEO Nicolas Hadjiyiannis and executive Yiannis Stavrinides.

“How can we expect justice when we don’t know if the protagonists of the Aresti report have been approached by the police,” she said.

Aresti delivered their 800-page findings in March 2019, saying certain aspects should be investigated to determine whether criminal and civil offences had been committed. The panel also found political culpability before and after 2013.

Diko chairman Nicolas Papadopoulos said two years later and no case relating to the co-op had gone to court.

When no statements have been taken in two years, then it would be reasonable to think the scandal was heading for a cover-up, Papadopoulos said.

Next week, the committee will discuss Altamira’s role in the affair.