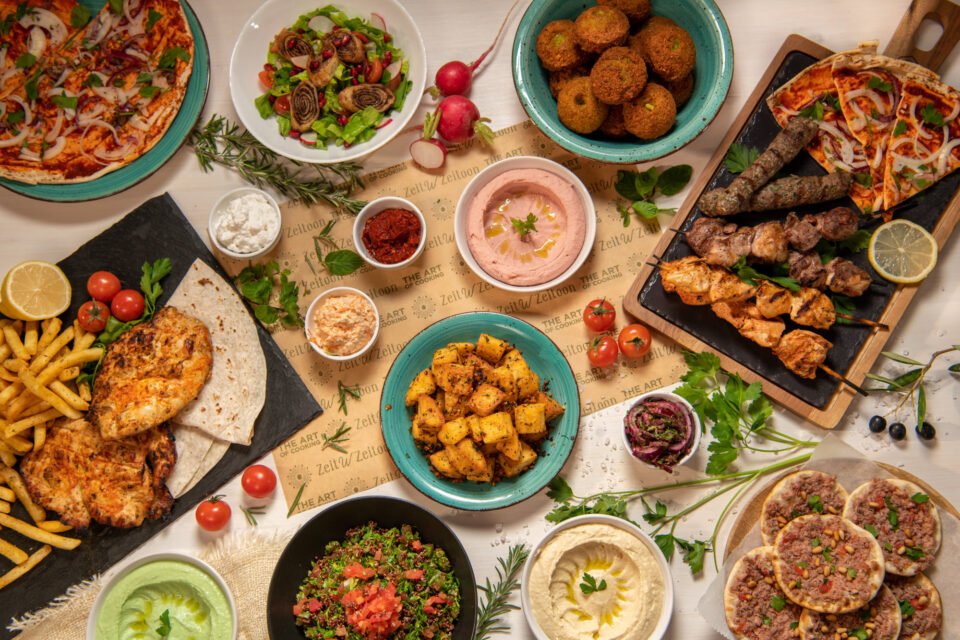 My main concern with ordering from restaurants amid the lockdown is that it can do a major disservice to establishments that have poured significant effort and resources into interior and exterior designs, as well as service. These two key areas can significantly impact a patron’s experience and should be factored into the prices a restaurant can command. Nowhere else has it been more applicable than with Zeit W Zeitoon in Limassol.

Zeit W Zeitoon is a fairly new restaurant, opening some time last year, meaning I did not have a chance to visit its premises, despite walking past it a fair amount of times. The name hints at the somewhat fluid cuisine of the restaurant. The name was initially somewhat misleading. Zeit means time in German, while Zeitoon is close to a phonetic spelling of zaytun which means olive in Arabic. So my initial thought was something close to olive time, loosely interpreted as time for a snack. But zeit means oil in Arabic, so the name basically means olive oil.

It calls itself a Lebanese fusion restaurant and one look at the menu indicates how the less traditional reimagining of Lebanese dishes is reflected in the options available. For example, you can have Mediterranean pizzas, as the restaurant calls them, with ingredients you wouldn’t traditionally think of adding to a pizza, such as kafta, which is usually a rectangular meatball. Moreover, you can find items you don’t tend to see in purely Lebanese or Arabic restaurants, such as breaded chicken over potato puree, a Black Angus beef burger and a beef fillet sandwich with philadelphia cheese.

We went for what Zeit W Zeitoon calls a Lebanese Plate for two. A variety dish containing grilled lamb, grilled kafta, grilled chicken tawook, tabouleh, hummus, garlic sauce, fried potatoes and spicy flatbread. We complemented this with one of their manakish options, a thin dough-based dish served with various fillings, which I suspect also forms the base for their pizzas; the Mankouche Zaatar, a manakish filled with za’atar herbs, sesame seeds, olive oil and dried lime.

The Mankouche Zaatar was nice, but it lost something in the delivery, particularly as it gets colder during transportation and the internal moisture dulls the freshness and the flavour of the herbs. Which leads me to my second point. The Lebanese plate for two was nice, all of the main meat items were cooked well without becoming too dry and they were all excellently spiced. Moreover, the tabouleh was also very solid, if a little too rich in oil for my liking, while the hummus was also on point. The restaurant also included a small bag of Lebanese pita bread, on top of the spiced bread included in the dish, which can be used for dipping purposes or to roll your own mini wraps with the chicken, lamb or kofta.

While the food was very enjoyable, it lost some visual appeal when contrasted with how it can be presented at the restaurant. In addition, at €28 for the plate for two, I found the price a little high for the type and quantity of food, despite the good quality of the ingredients, particularly during a time when Lebanese restaurants have become quite abundant in Limassol. It’s a competitive market. Zeit W Zeitoon looks like a lovely space, with a clean and modern design and ample exterior space perfectly suitable for outdoor dining. However, I may hold off on it as a delivery option and wait until I can visit the restaurant in person to properly assess it as a value proposition.