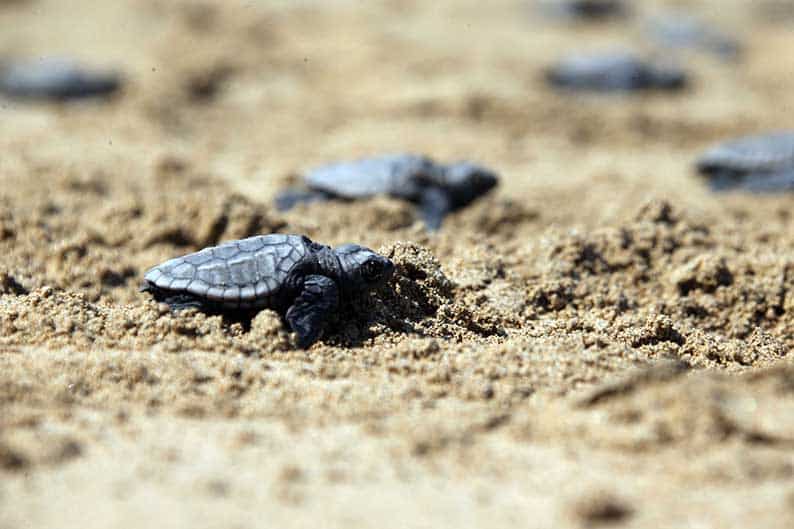 The development of two organised beaches in turtle nesting areas has been on the agenda since 2012, the fisheries department said on Friday, clarifying that despite “misleading reports”, the goal is to protect the turtles.

It was reported on Thursday that the fisheries department would be allowing the creation of two public beaches in the protected Polis-Gialia area in the Akamas peninsula, which prompted protests as the specific area is a nesting site for the caretta caretta sea turtle and part of the Natura 2000 network.

The plans in question involve the development of what the fisheries department calls “milder-form” organised beaches in the communities of Argaka and Gialia.

The Greens condemned the decision, calling it “yet another crime committed against Natura 2000 beaches,” as it will cause irreparable damage to turtle populations.

However, in a written announcement on Friday morning the fisheries department argued that this was a necessary measure to ensure the protection of turtle nesting habitats from the unregulated use and exploitation of the beaches in the area, which stretches along 12 kilometres of coastline.

“Plans for the creation of these beaches have been underway since 2012, and the department has been in agreement ever since,” director Marina Argyrou told the Cyprus Mail, explaining that the process has only been finalised.

The beaches were approved by the beach committee, but the Argaka community council also had to present a plan that complied with the strict regulations set by the fisheries department that aim towards protecting the turtles, she said.

The fisheries department visited three potential locations to decide on the location of the proposed beach, taking into account turtle nesting density, anthropogenic pressures such as the road that runs along the coast, residential development and lights.

“People must understand that this is not undeveloped land, like Lara [another important turtle nesting site] but a developing residential area” Argyrou said. “This was the only way to confine beachgoers to a specific area and minimise the risk of more unregulated use of the coastline”.

Any new beaches created in the area will be governed by strict restrictions, such as the removal of sunbeds from the beach from sunset to sunrise so as not to disturb any nesting activity during the night, prohibiting motorised water sports, the absence of lighting on the beach from May 1 to the end of September and the installation of protective cages in case nests are detected.

“We are pioneering the protection of the caretta caretta and green sea turtles on the island, and our efforts have been recognised by the EU,” Argyrou said. “One of the most difficult and important elements of this success has been the correct and adequate management of the coastline”.

Our View: Roads must be made safer before promoting cycling