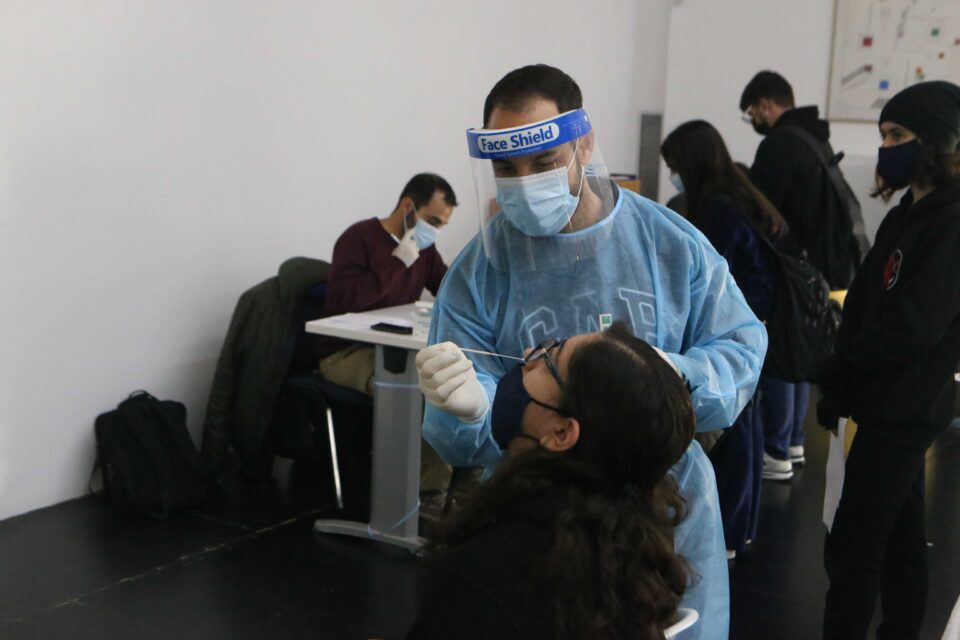 Most secondary school pupils have responded positively to the new decree requiring them to get weekly rapid tests, head teachers, the ministry of education and the children’s rights commissioner said on Monday.

The ministry of education specified last week that along with teaching staff, all secondary school pupils, both those returning and those already in school, will have to undergo a weekly rapid test starting from March 8.

Despite widespread outrage among some parents’ groups, the general picture at schools has been very positive, with most pupils and parents following the ministry’s instructions, head teachers’ association head George Josephides told Cybc on Monday morning.

Over the weekend, positive cases among pupils and teachers were detected in 13 schools in the Limassol district. At Lanitio lyceum, where Josephides works as head teacher, only a very small number refused to take the test. “This is the largest school in Limassol,” he said. “Out of around 800 pupils only about 30 stayed at home as a result of refusing the test,” he said.

“I have only received four calls from concerned parents, and one visited me in my office. Despite some very intense reactions most were persuaded to change their minds and allow their children to get tested.”

Similarly, the education ministry’s director of secondary, technical and vocational education Elias Markadjis said that the ministry has not encountered any significant problems yet.

“The ministry has of course received, and continues to receive, calls from parents opposed to the decree,” he added, “but we have not been notified by any schools about any serious incidents involving parents”.

A consent form allowing children to get tested will need to be signed by parents, with those unable to present a test for any reason, including lack of consent from their parents, continuing with distance learning online.

“We always explain that it is not just about education,” Markadjis said. “Going to school allows children to see their friends, socialise, change their environment.”

He went on to say it is almost “criminal” for parents to leave a child at home simply because they are personally opposed to testing.

“No amount of online teaching can replace in-person teaching,” Josephides said, adding that not all schools have the equipment and means to sustain hybrid teaching.

Finally, he thanked parents and pupils alike for showing great responsibility towards protecting public health, expressing the hope of head teachers across Cyprus that this will continue as the weeks go by.

“What concerns children is the future, not whether they have to take rapid tests or not,” children’s rights commissioner Despo Michaelidou told Cybc.

The commissioner called a meeting on Sunday with the Group of Adolescent Counsellors and student group Psem in order to get pupils’ perspectives on the issue.

Joined by two adolescent counsellors, she told Cybc on Monday that children seem to have responded “maturely and responsibly” to the issue of rapid testing, and are more concerned with how a hybrid learning model can work for all schools.

From their side, the counsellors – representatives chosen from schools all over Cyprus – said that most of their classmates and themselves understand that getting tested is important, even if some choose not to get tested because they are afraid or because it is uncomfortable.

At the same time, both pointed out that since distance learning is going to continue for some, schools need to make sure it is up to standard.

Last week Michaelidou rebutted the argument held by many parents that the ministry’s decision is a violation of children’s rights, adding however that it is worth examining alternative ways of testing that are less invasive and “friendlier” than the nasal tests used.

The commissioner’s new concerns are the problems arising from schools trying to sustain an adequate distance learning programme, an issue Michaelidou said she is discussing with the education minister.

“[teachers union] Oelmek, the education ministry and school boards must have similar goals and a cohesive plan for everyone, which will specify how schools respond to situations such as the matter of justifying absences for those refusing tests,” she said.