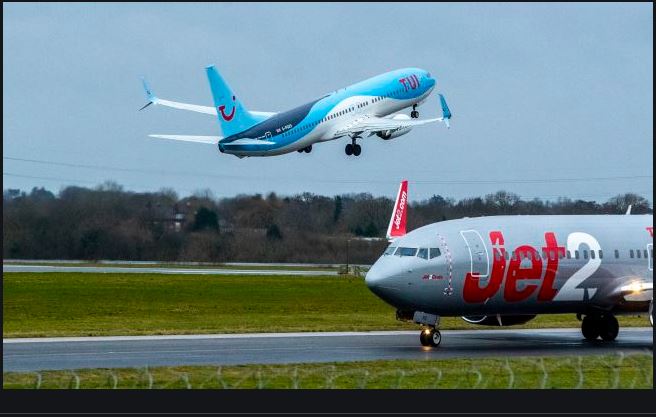 “I just can’t wait to be back on the beach!” The words of Jo Pink, 48, who has already received both doses of her Covid-19 vaccination. Hopeful that the UK will lift travel restrictions on the 17th of May, she has booked an all-inclusive June getaway to Cyprus.  She is not alone.

Cyprus’ recent announcement that vaccinated UK travellers would be able to enjoy restriction free travel to Cyprus from May 1 has further fuelled a travel industry recovery sparked by Boris Johnson’s announcement of an exit roadmap from lockdown. EasyJet acknowledged an evident ‘pent up demand’ with bookings soaring in wake of the announcement, while Loveholidays.co.uk, an all-inclusive travel provider told the Cyprus Mail that bookings to Cyprus were up 840 per cent in just the last week.

Data provided by Jet2holidays shows that bookings to Cyprus surged by more than 1,000 per cent in the 24 hours following the Prime Minister’s announcement, and continued to climb on the news that vaccinated travellers would face no restrictions. Steve Heapy, CEO of Jet2Holidays told the Cyprus Mail that ‘our customers simply love everything about Cyprus,’ adding that ‘the UK is the most advanced country in Europe when it comes to successfully rolling out a vaccine, so we applaud the Cypriot government’s forward-thinking decision.”

Bookings for the early months of summer primarily consist of older travellers, with the likely reason being that they have already received their vaccines and will be able to travel unhindered. As well as airlines and travel companies, local hoteliers stand to benefit.

Petros Louka of the Queens Bay hotel in Paphos told the Cyprus Mail that bookings are doing better since the announcement, but business is still nowhere near pre-pandemic levels. ‘Before the announcement we were receiving around one new booking per day, now, we are receiving around three.’ He went on, ‘a 300 per cent increase sounds good on paper, but you must consider that pre-pandemic we would receive approximately 10 bookings per day. There is still a long way to go, but it is a step in the right direction.”

Louka said that the widely read news articles in the UK about the Cypriot government announcement to allow restriction-free travel to vaccinated tourists were great publicity, but may have contributed to a misconception that is hurting bookings. “When the UK borders open, it is not the case that only vaccinated travellers will be allowed. Non-vaccinated travellers will be allowed entry, although they will likely have to show proof of a negative test.”

The going rate for a room at the Queens Bay hotel in Paphos is around €70 per night.

Interestingly, the uber-luxurious Anassa hotel in the Neo Chorio area has seen a much healthier uptick in bookings. Panayiotis Kyprianou, business development director at the hotel where rooms start at €480 per night told the Cyprus Mail that in recent weeks UK travellers have led a booking resurgence. ‘Our bookings at the moment are similar to 2019 levels,’ he said. ‘Nevertheless, as we know things can change very quickly, so we remain cautiously optimistic.

These statistics fit neatly into an internationally emerging pattern that is seeing travellers willing to spend more. Craig Beal, owner of Travel Beyond, an American based company offering luxurious and pricey Safari holidays told Bloomberg on Monday that many of his wealthy clients are ready to spend more to make up for a lengthy travel lull. “After a year without travel, restaurants, or entertainment, clients are finding they have a lot more money than they did a year ago,’ says Beal. “They’re upgrading trips they deferred in 2020 with that extra money.”

Similarly, extraordinarily expensive around-the-world cruises have also seen huge booking spikes. Ultraluxury line Seabourn, for example, has sold out all top-level suites on two world sailings on the 450-passenger Seabourn Sojourn, with couples paying up to a half-million euros for five-month cruises starting in 2022 and 2023. There’s so much demand, the company recently opened waitlists.

How to recognise danger signs of ‘bloat’ in your dog