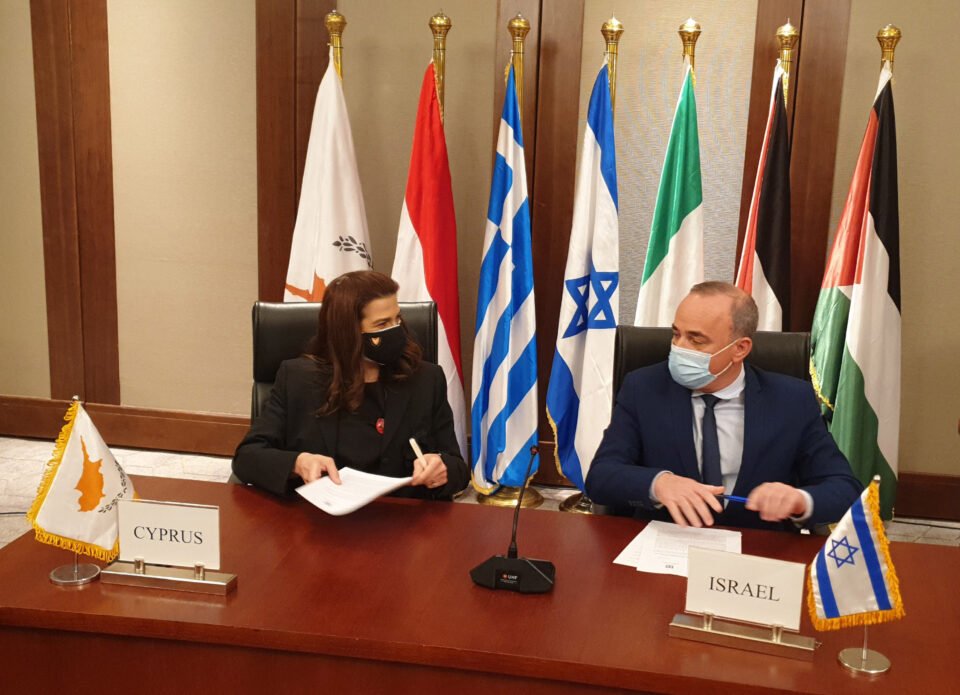 Natasa Pilides with her Israeli counterpart

Pilides said all seven founding member states of the forum took part either in person or virtually.

She said that a number of decisions were made including “a very important” one for Cyprus, namely that as of January 1, 2022 the country would preside over the forum.

She also referred to the decisions made to undertake various other initiatives, such as preparing a long-term strategy and initiatives for sustainable growth, environmental protection, the reduction of pollution from vessels and how to best utilise the natural gas from countries in the region.

Pilides also said it was very important that France also became a full member of EMGF and that the US would participate as an observer.

“The message that we are very positive about the participation of other countries, provided of course that they share the same values and abide by international law and the foundations upon which this organisation has been built was also conveyed,” she added.

The Cairo-based EMGF was established by seven founding states, namely Egypt, Cyprus, Greece, Israel, Italy, Jordan and Palestinian Authority aiming to unlock the full gas resource potential in the region and to monetising their reserves.

Founded in January 2020, the EMGD is a regional intergovernmental organisation “aiming to promote cooperation among the member-states for the sustainable, effective and environmentally conscious development, use and preserve of the natural gas reserves to the benefit of their peoples.”

Coronavirus: Mandatory vaccinations? Bioethics experts say no, not yet