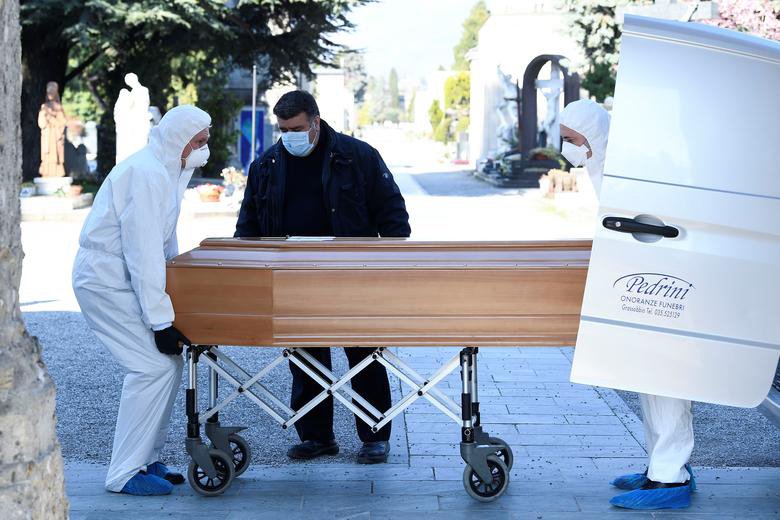 Italian health authorities have ordered the withdrawal of a batch of AstraZeneca coronavirus vaccine following the deaths of two men in Sicily who had recently been inoculated, a source close to the matter said on Thursday.

Italy’s medicines authority Aifa confirmed that it was halting the use of a batch of doses as a “precautionary” measure, adding that no link had been established between the vaccine and subsequent “serious adverse events”.

It did not specify what incidents it was referring to.

However, the source said health authorities moved following the deaths this month of Stefano Paterno, a 43-year-old navy officer, and Davide Villa, a 50-year-old policeman, who had both received shots from AstraZeneca’s ABV2856 batch.

Paterno died of a suspected heart attack on Tuesday, the day after his shot. Villa died at the weekend, some 12 days after his inoculation.

Local newspapers said he fell ill within 24 hours of his injection, and reported that doctors had diagnosed a deep vein thrombosis, which later resulted in a brain haemorrhage.

Italy’s move came hours after Denmark and Norway announced they were temporarily suspending the use of AstraZeneca’s vaccine shots after reports of the formation of blood clots in some who have been vaccinated.

AstraZeneca on Thursday told Reuters in a written statement the safety of its vaccine had been extensively studied in human trials and peer-reviewed data had confirmed the vaccine was generally well tolerated.

The drugmaker said earlier this week its shots were subject to strict and rigorous quality controls and that there had been “no confirmed serious adverse events associated with the vaccine”.

In a separate development, Austria on Sunday stopped using a batch of AstraZeneca shots while investigating a death from coagulation disorders and an illness from a pulmonary embolism. The batch involved in that case was not the same as the batch under review in Italy.

Italy’s Aifa said it was working closely with the European Union’s drug regulator, the European Medicines Agency (EMA), over the the issue.

Magistrates on the Mediterranean island have opened investigations into the deaths of both Paterno and Villa, neither of whom was believed to had previous health problems.

Europe’s drugs regulator backed the use of AstraZeneca’s COVID-19 vaccine on Thursday, saying its benefits outweighed the risks, after Denmark paused its use following reports of blood clot formation in some who had been vaccinated.

The European Medicines Agency (EMA), which called the suspension a precautionary measure, said there was no indication at present that vaccination had caused those conditions and the vaccine can continue to be administered while its safety committee investigates the cases of blood clot formations.