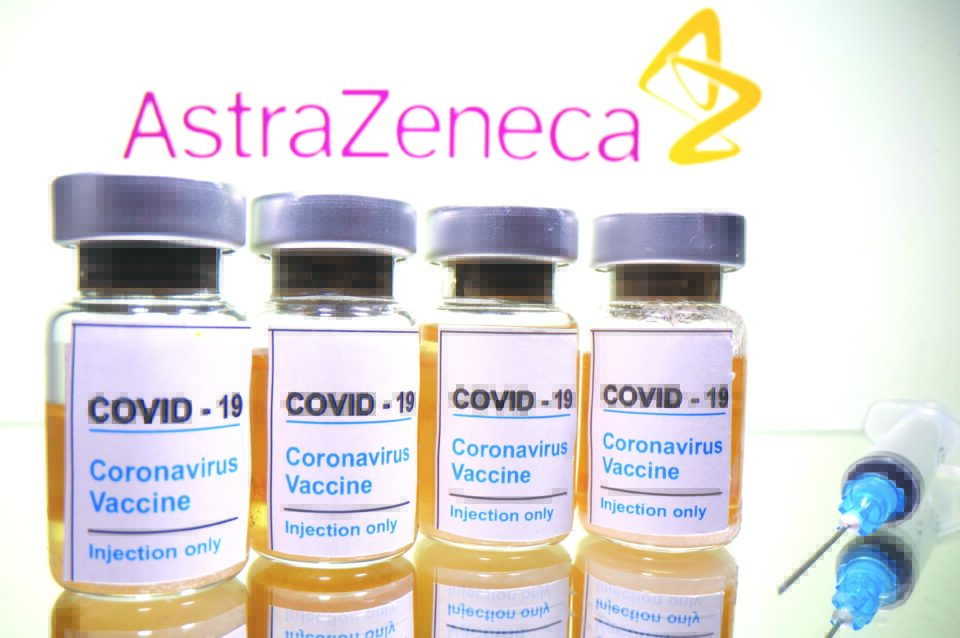 Cyprus has temporarily stopped inoculations with a specific batch of AstraZeneca coronavirus jabs pending further clarifications, while assuring that there have been no reports of blood clot issues from any of three vaccines administered here.

Acting head of the pharmaceutical services Elena Panayiotopoulou told the Cyprus News Agency on Friday that Cyprus is in contact with the relevant EU authorities in Cyprus on the issue.

Panayiotopoulou said that vaccinations with the specific batch have been suspended, pending renewed assurances that there are no risks.

Cyprus wanted the green light from the European Medicines Agency (EMA) before resuming vaccinations with the specific jab, she said. She noted that the number of blood clot issues reported abroad was no higher than among the general population.

Among five million people vaccinated, 30 incidents have been reported, which is 0.006 per cent. “The possibility of being in a car accident is much larger,” she said.

There has been a different response among EU countries over the issue. On Friday, Bulgaria joined Denmark, Norway and Iceland, who had temporary suspended the rollout of the AstraZeneca vaccine amid reports that blood clots had formed in some who had received the shot. Germany said it would continue to administer the AstraZeneca vaccine and France said it has shown great efficacy.

The EMA backed the use of the vaccine on Thursday, saying its benefits outweighed its risks and could continue to be administered.

AstraZeneca said on Thursday it had found no evidence of an increased risk of pulmonary embolism or deep vein thrombosis – marked by the formation of blood clots – in safety data of more than 10 million records, even when considering subgroups based on age, gender, production batch or country of use.

Asked about reports of a 25 per cent reduction in AstraZeneca’s scheduled deliveries in the first quarter of 2021 and how this would affect Cyprus, she said this would depend on the actual number of vaccines to be supplied.

But she said that with the approval yesterday by the EMA of the Johnson & Johnson vaccine, there will be adequate doses from another vaccine.

Asked whether Cyprus was looking to import from third countries, she said incidents in Austria (two reported reactions to the AstraZeneca vaccines) should make the public understand what monitoring vaccines entailed.

“If those vaccines were not licensed how would we monitor them and what info could we give? It would have been a non-licensed vaccine that could not be monitored,” she asked.

Cyprus will stick to the policy of EU-licensed vaccines, which was in line with local legislation which specifies that no pharmaceutical can be distributed in the Republic of Cyprus unless licensed by the Pharmaceuticals Council or the EU.

“Vaccines belong to advanced technology pharmaceuticals and based on the law these must be evaluated and licensed only centrally by the EU. Cyprus cannot evaluate and give a licence,” she said.

How NFTs are changing the game for digital artists and collectors