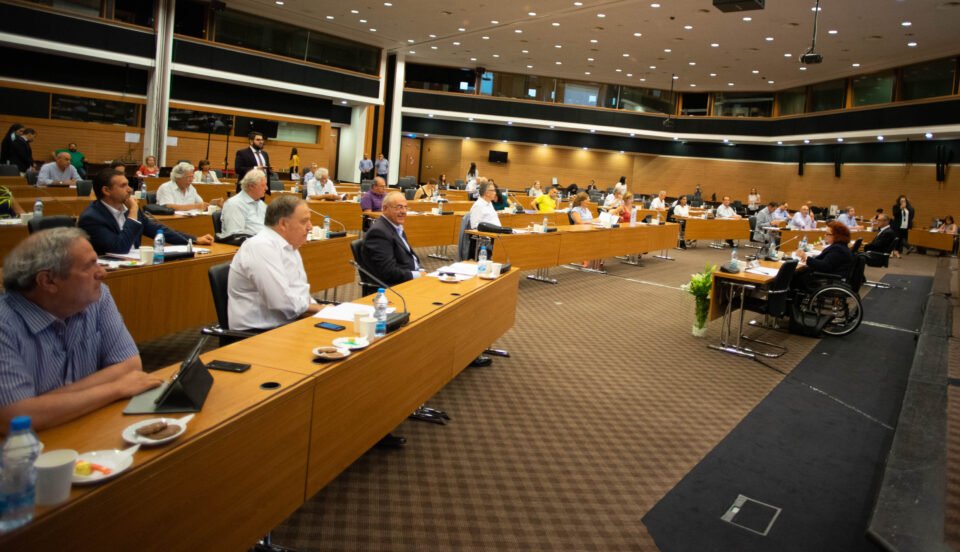 The House plenum will convene twice this week, first on Thursday for normal legislative business, and then again on Friday in a marathon debate dedicated to the Cyprus problem.

During Friday’s special session MPs will be discussing developments in the Cyprus issue, ahead of the five-party informal conference that will take place in Geneva in late April.

According to the Cyprus News Agency, the session will run from 10am to 6pm, with a two-hour break in between.

A day earlier, on Thursday, the plenum will hold its scheduled session to vote on a number of bills.

The agenda features 18 bills, including two referred back to parliament by President Nicos Anastasiades and involving the consolidation and redistribution of farmland.

The legislature also plans to pass a resolution concerning the leaking of confidential parliament documents to al Jazeera last year.

Based on the leaked documents, the news network reported in August that Cyprus had been granting citizenships to shady individuals.

Parliament subsequently refused to be investigated by police, citing immunity. Instead it conducted an internal probe into the leak, which cleared administrative staff but cast shadows on an MP whose name and party were not disclosed.

Also on Thursday lawmakers will be voting on a bill spelling out the procedures for dismantling the Grains Commission, transferring its competences, functions and staff over to the agriculture ministry.

Budgets up for a vote include those of the Securities and Exchange Commission, the Cyprus Land Development Corporation, and the Digital Security Authority.

Due to the Green Monday holiday, the scheduling of parliamentary committees has been rejigged.

The House finance committee, normally meeting on Monday, will be convening on Tuesday. It will review the 2021 budget of the Cyprus Broadcasting Corporation, and discuss a series of legislative proposals relating to foreclosures and affording protection to borrowers, as well as bank charges on dormant accounts.

On Tuesday the House labour committee will continue discussion of a government bill creating a junior ministry of social welfare.

On Thursday the watchdog committee will resume discussion of the procedures by which the now-defunct cooperative bank negotiated and concluded an agreement with Altamira, an asset management company.

Also on Thursday the health committee is to be briefed on the vaccination programme (non-Covid) for children.

Reasons to get excited about spring fashion