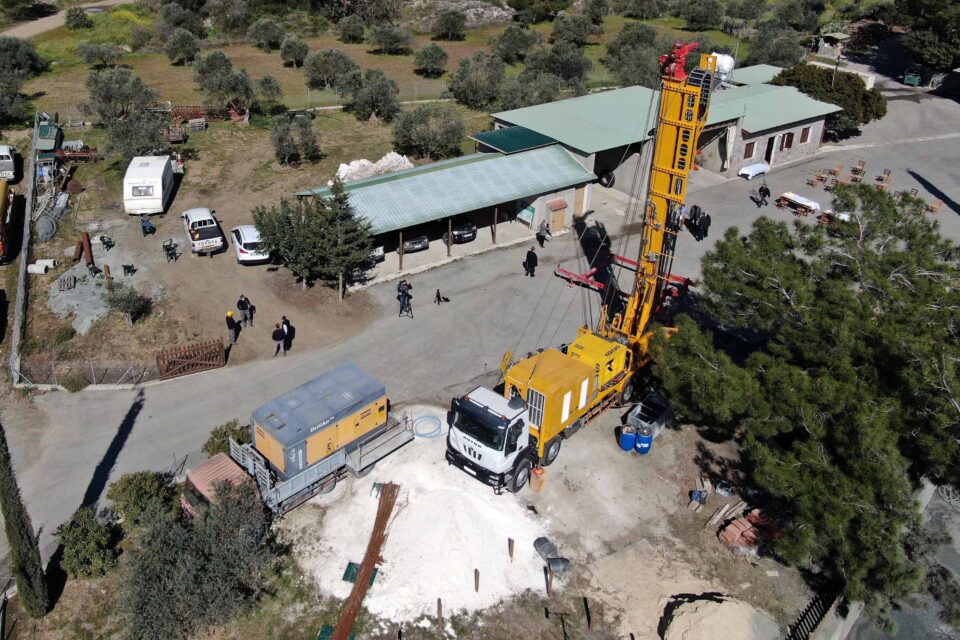 Water has been discovered during pilot drilling in Stavrovouni with a new high-tech land drilling rig, the agriculture ministry said on Friday.

The discovery was part of the testing of the new Massenza drilling rig M155 which was bought by the agriculture ministry from the CTC company, the representative of the Italian manufacturers in Cyprus.

“The drilling rig was acquired through an open, international competition, it has great potential, it can reach a depth of 1,400 meters and I am sure it will greatly enhance the activities of the geological survey department,” Agriculture Minister Costas Kadis said while receiving the equipment at the Kornos’ forest station.

“The new drilling rig has already been tested in Stavrovouni, where significant quantities of water were discovered,” he added.

Further drilling will take place at the Kornos Forest Station, the minister said, and the water will be used for firefighting purposes by the forestry department.

“We all know how important it is to know that we have water reserves in the conditions of climate change that we are experiencing in recent years,” Kadis added.

The minister highlighted the importance of the new equipment, as two older drilling rigs had been withdrawn from use.

The geological surveys department is the only state body that has a drilling fleet and is solely responsible for well drilling, both for geological research and to cover the water needs of communities, said its deputy director and chief geologist Christodoulos Hadjigeorgiou.

The new drilling rig will help the department “to fulfill its obligations in the best possible way”, Hadjigeorgiou said.

In his statements, president and founder of the CTC Group Nicos Shacolas congratulated the government who “very cleverly paid for and received the drilling rig after first testing it in Stavrovouni on hard rocks, examining its effectiveness”. He then wished the department success in finding large quantities of water.

CTC company is at the disposal of the state “to always serve, of course, within the framework of legality,” Shacolas added.

Explaining the features of the new equipment, the director of the heavy goods vehicles department at CTC Group, Dimitris Zagoulos, said the specific model was the second largest in the Massenza brand range. It is installed in a special heavy-duty vehicle called Astra with 8X6 axes which has a 414KW capacity ad is also manufactured in Italy.  The drilling rig operates with a Caterpillar engine of 563 KW.

The drill has a pull-up capacity of 55 tons and a pull-down capacity of 30 tonnes while it also has three separate cranes, Zagoulos explained.