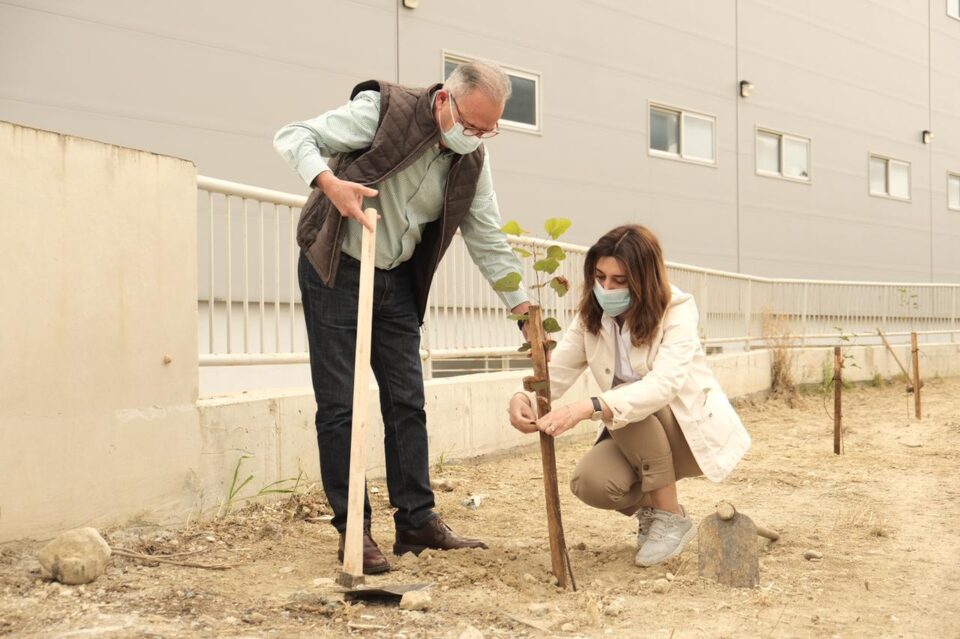 Ruling Disy announced on Saturday it would distribute one million trees in the next three years to plant the “seeds of hope” for a united Cyprus.

In his statements after the tree planting ceremony of Disy’s Women’s Organisation (Godisy) in Latsia early on Saturday, the leader of the party Averof Neophytou announced the party’s green initiative.

“In the next three years, Disy will distribute one million trees. This is the party’s ‘green deal’ for Cyprus,” he said.

Agriculture Minister Costas Kadis welcomed the initiative and every other project which to help tackle climate change.

“We will support this effort to the best of our ability, and we are confident that with such initiatives, we can be more optimistic about tomorrow,” Kadis said.

Tree planting helps the country meet the EU targets on climate change, the minister said as it is an important pillar in the national climate and energy plan Cyprus submitted.

Saturday’s tree planting by the women of the party was part of the programme “planting for climate” in light of international women’s day and was carried out in collaboration with the forestry department and Latsia municipality.

Meanwhile the Green Party also organised a tree planting in Psevda, Larnaca later on Saturday to mark the upcoming International day of forests on Sunday as well as the International Day for the Elimination of Racial Discrimination.

“About 100 trees were planted including Cyprus pines and carob trees,” in the memory of all the victims who faced discrimination or died because of it, the leader of the party Charalambos Theopemptou said after the event.

The Green Party said it planted about 20,000 trees in the last five years in line with the initiative to plant as many trees as the number of votes they receive in the parliamentary elections.

As part of the 100,000 trees in Paphos initiative, environmental NGO Akti in collaboration with Paphos’ state primary schools planted about 60 trees to cultivate environmental awareness in children.

The organisation together with children from the Apostolos Pavlos primary school planted 35 small trees, while in Koupatio primary school where a large carob tree recently fell due to natural causes, the children planted about 25 young trees.

Coronavirus: ‘the only illness’ where people pass away all alone