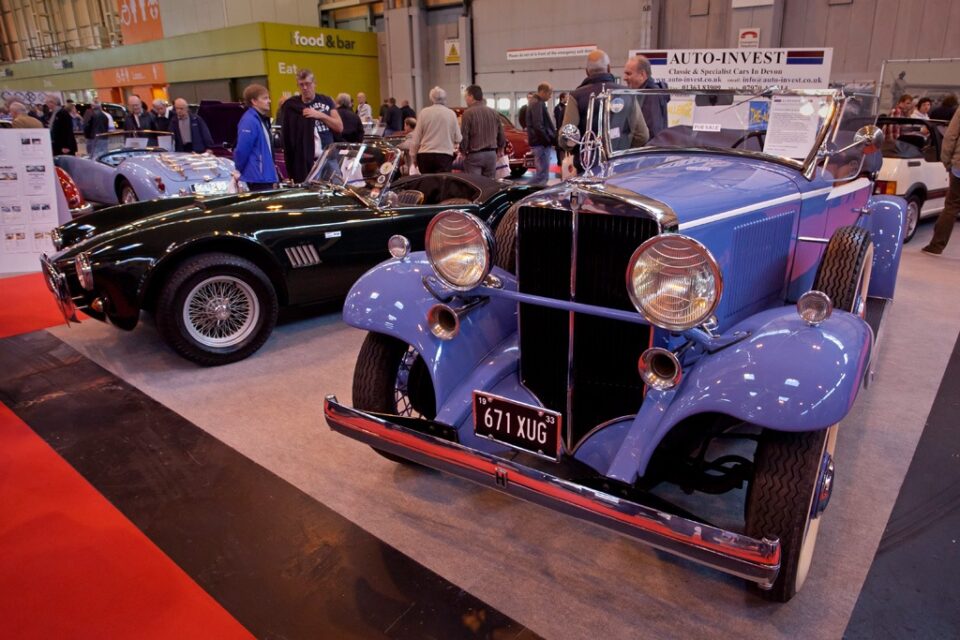 Classic cars appreciate over in value over time.

If yield is all you’re after, stocks or real estate are almost certainly better investments than cars. But whatever return you’re getting from you Amazon stocks; you will never be able to wake up on Saturday morning, give them a polish and take them for a drive.

Making money on high end cars is not easy. You need incredible foresight, a good dollop of fortune and often a lot of capital to get started. Most of the staple tales of cars appreciating involve vehicles that were very expensive to begin with.

Take the 1947 Mercedes 300SL Gullwing – one of the best-known classics around. If you had bought one for the equivalent €6,000 asking price back when it was new, you would be looking at about eight per cent annualised growth with the car changing hands today for €1.3 million.

Last year, a 1994 McLaren F1 made headlines when it sold at US auction for €16.7 million. Nevertheless, when the car was new 23 years ago, it cost €700,000 to buy, so it is hard to consider such investments accessible to even moderately wealthy people.

These figures alone don’t consider the cost of storage, maintenance and, crucially, inflation.

Even so, Dimis Mavropoulos, founder of the Cyprus Motor Museum and former racing driver argues that vehicle investments can still make sense. “I have found that vehicles of all ages benefit from liquidity, simply because they can be sold anywhere. If the market in your country is down for whatever reason, it is possible to sell the vehicle abroad. That’s something that real estate can’t offer.”

Mavropoulos commented on the surprising effect of the pandemic on the collector car market. ‘Most of us involved expected a dip, but in the first major auction it was clear that this was not the case. Prices began to rise and have not stopped – some models are seeing a 17-25 per cent improvement since last March.’

Collector cars have managed to buck a wider economic slowdown thanks, in part, to sales and auctions taking place online. With time to kill, people have taken to scouring the web for that car they have always dreamed of, or meandering through classifieds to see if something picks their fancy. Alphabet, an automotive logistics firm offering online auctions for classic vehicles saw their best month ever last March, with an over 50 per cent increase in website traffic. ‘Our March results are great news for us, but also for the whole classic car industry,’ comments Tristan Judge, director of auctions at the firm.

So, you’re set on investing in some wheels. What should you buy? If you’re after slow and steady gains and a pretty low risk investment, a car that has already obtained ‘collector’ status is the one for you. At the bottom end of the price scale, you could get an early Mazda MX5, moving up through a Nissan Skyline R32 and on to cars like the legendary Aston Martin DB5 and Ferrari Enzo. On these vehicles you can expect to make a two to three percent per year, as long as you buy at a reasonable price.

More exciting, however, are cars that are not yet considered collectible. Cars which you could snap up for a regular, depreciated price, and then ride as they surge in value. A lot of this, admittedly, is based on luck, but there are definitely certain factors which you could consider to improve your chances.

Being a looker always helps. The Aston Martin DBS was not only one of the last naturally aspirated Aston Martins, but its legendary appearance (and crash) in Casino Royale will surely give it collector status in years to come. It helps that it might be the best-looking car ever made.

Generally, there’s the one-generation rule: When teenagers get to a place where they can afford the car that they had a poster of on their childhood wall, the vehicle’s price will surge. Consider the 1970s Lamborghini Countach. For 40 years, its price was pedestrian; from 2014 to 2016, its value rocketed 600 per cent.

Cars tend to attract a cult following when a company gets out of character, after an executive gives a green light (and a billion-euro budget) to a vehicle they maybe shouldn’t have. Buyers realize they are getting something that might never have been. The Bugatti Veyron comes to mind, after then head of VW Ferdinand Piëch commissioned a project so ambitious that even with a €1 million asking price, the research and development costs associated with the car meant that Bugatti lost an estimated €4 million on each vehicle.

Michael Prichinello has bought about 350 vehicles since he co-founded the Classic Car Club Manhattan in 2005. His recipe for a good investment is a car that ‘has played or will play a meaningful story in the arc of automotive history.’ Examples come to mind like the Lamborghini Miura, which was the first car to put the engine behind the driver, or the Ferrari F40 – the last car to be overseen by legendary company founder Enzo Ferrari.

Using this logic, we could see something like the Tesla Roadster – the first model made but he electric vehicle giant back in 2008 – become a collectible. It is a controversial opinion, but with the company on tracks to become the leading automotive force in the new, electric era, the Roadster, as their first production car, could find value as something of a modern classic.

Musk says Tesla does not spy in China