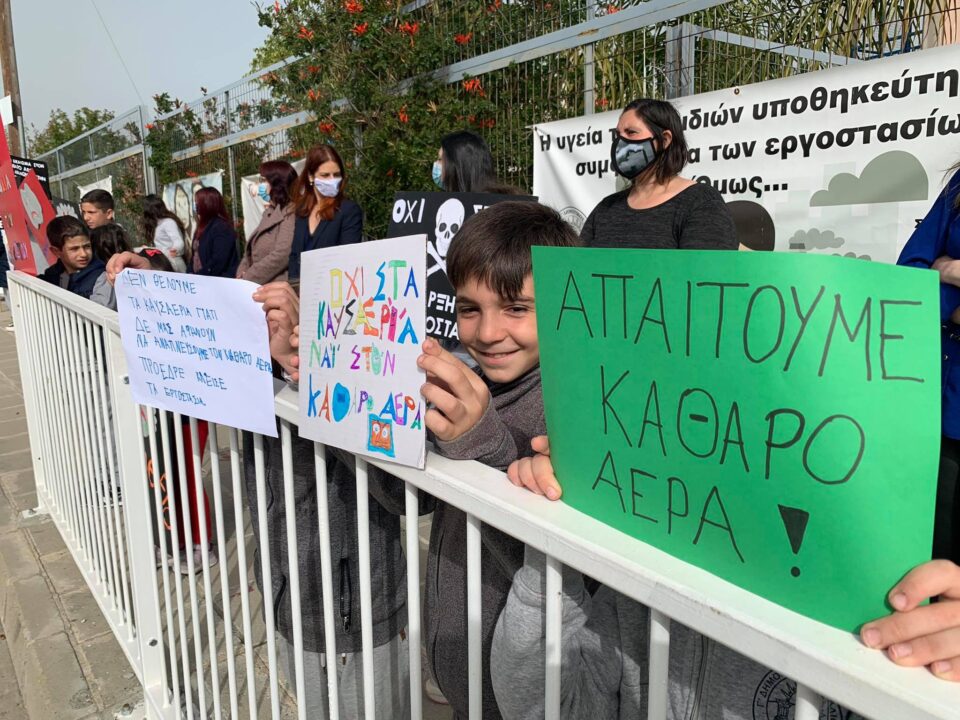 Dali primary school teachers began a two-hour work stoppage on Monday morning to demand an immediate relocation of the two asphalt plants in the area.

Pupils and their parents were outside the school early in the morning, holding banners which read ‘No to air pollution yes to clean air’ and ‘We demand clean air’.

The move was decided following a Nicosia district court decision suggesting the two asphalt plants in Tseri and Yeri will continue their operation pending their relocation to another community.

Teachers, students and parents demand the intervention of the president to set a final timetable for the immediate and final relocation of the plants.

According to the complainants, the plants were scheduled to relocate to Vasiliko in February but following complaints from the nine communities surrounding that area the move was put on hold.

Less than 20 per cent of land covered by forest