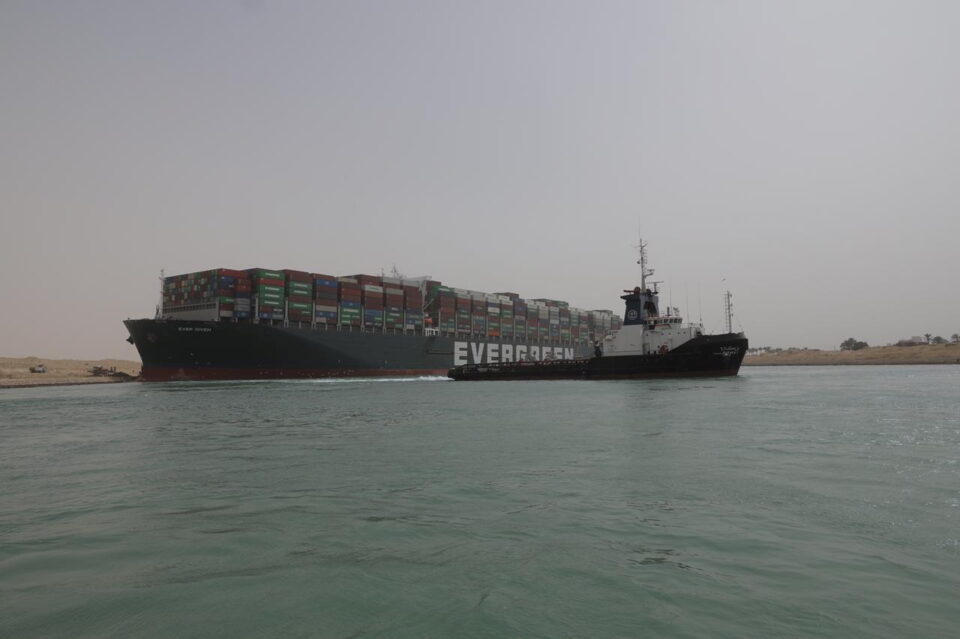 The suspension of traffic through the Suez Canal has deepened problems for shipping lines that were already facing disruption and delays in supplying retail goods to consumers, shipping sources said.

Container shipping companies, carrying retail goods ranging from mobile phones and designer goods to bananas, have been struggling for months with disruptions caused by the coronavirus pandemic and a surge in demand for retail goods that led to wider logistical bottlenecks around the world.

In the latest challenge, more than 30 container ships are unable to sail after the 400-metre (430-yard) Ever Given boxship ran aground in the Suez Canal, blocking transit, the sources said.

Attempts are being made to refloat the vessel, but one of the companies involved in the efforts said it may take weeks.

Switzerland’s MSC, the world’s no.2 container shipping line, said all major container carriers had been impacted by the blockage in the Suez Canal.

“As a frequent user of the canal, MSC is monitoring the situation very closely for updates in case any fleet or service network contingency plans would be required and to see how container circulation may be affected in an already challenging market,” it said in a statement.

“MSC customers with cargo due for transit the canal in the coming days should be prepared for potential schedule changes.”

Trade and shipping sources said that, depending on how long the Suez disruptions last, the transport of goods from manufacturers in Asia to buyers in Europe could be affected further.

“Every port in western Europe is going to feel this. We are now 48 hours into this and we hope for both companies and consumers that it will be resolved soon,” Willems said.

“When these ships do arrive in Europe, there will inevitably be longer waiting times,” he said. “We have a lot of space, but we don’t have an unlimited number of docks and cranes to unload these goods.”

“When you have disturbances in that global supply chain everyone is suffering,” he said.

Any further global disruptions will put even more strain on U.S. ports, which are already struggling with backlogs of over 90 ships, shipping sources said.

In recent weeks, the cost of transporting goods from Asia to the U.S. East Coast has surged to over $5,000 per FEU (forty-foot equivalent unit) versus $2,775 per FEU in March last year, and rates to the West Coast have also strengthened, data from S&P Global Platts Containers showed.

Container ships faced longer waiting and discharging times at West Coast ports than elsewhere in the United States and around the world, analysis from logistics platform project44 showed.

Ports on the U.S. East Coast are more exposed than West Coast ports to any disruptions in the Suez Canal, analysts said.

A spokeswoman for the Port of New York and New Jersey on the East Coast said there was no immediate impact but that the situation was being watched closely.

“A prolonged (Suez) closure would also worsen the current global container equipment shortage, as the boxes that are stuck along with the vessels cannot get repatriated to Asia, to be filled with new cargo,” said Alan Murphy, chief executive of analysts Sea-Intelligence.

“This in turn could put additional upwards pressure on the already record-high freight rates, as exporters scramble to secure what few empty containers remain.”