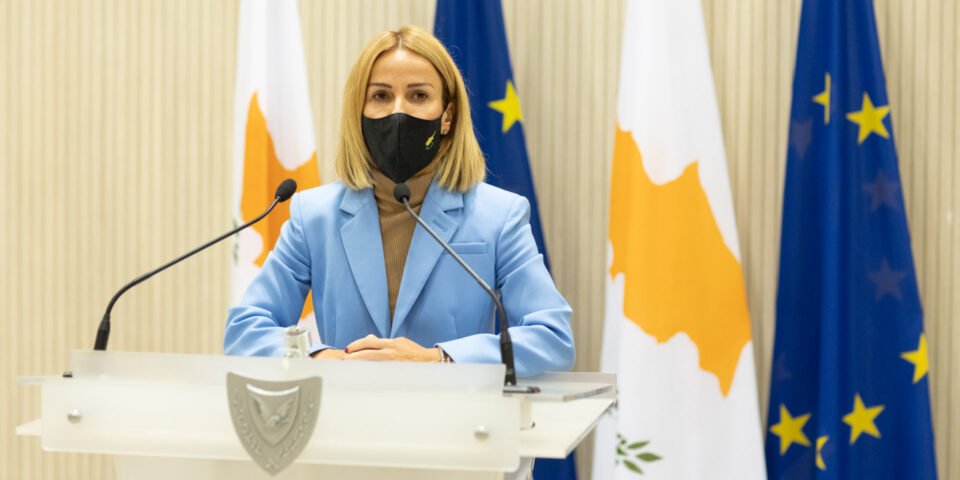 Against a backdrop of an increase in violence against women, MPs on Monday started to review of a new bill incorporating the Istanbul Convention as Justice Minister Emily Yiolitis announced plans for tougher penalties for domestic violence.

The aim of the House human rights and legal affairs committees is to complete review of the bill speedily so that it can be sent to the plenary for approval before the House dissolves for the May 30 elections.

Worldwide, an average of 137 women are killed every day by their former or current husband or partner or another member of the family. In the past 20 years, Cyprus has seen 40 women murdered, most of them by husbands, partners or a member of their family, she said.

Only last week, a woman was found murdered in a field in Athienou, Yiolitis noted, while also referring to other women victims, including the five women and two children murdered by serial killer Nicos Metaxas.

She also cited the spike in complaints of sexual harassment over the past few months. Police are currently investigating more than 20 such complaints against people from the arts, sport, the church and politics.

Describing the bill as a priority, Yiolitis said it incorporates the provisions of the Council of Europe’s Istanbul Convention on preventing and combating violence against women and domestic violence.

“Promoting a bill incorporating the provisions of the Convention was from the beginning among the priorities of the Ministry of Justice and Public Order, and a personal priority and I am particularly satisfied that this bill is today before the House,” she said.

This was achieved after consultations with women’s groups and NGOs and hard work by the ministry, with significant contribution from the law commissioner and the attorney general’s office, she added.

The bill covers domestic violence and adds new offences such as economic and psychological violence. It also includes aggravating factors that will be taken into consideration in handing down sentence on offenders.

The Istanbul Convention focuses on the gender dimension, recognising that women are disproportionately affected though noting that men could also be victims of family violence. The current law on the prevention and combating of family violence adequately covers both women and men while the criminal code criminalises violence irrespective of gender, she said.

The justice ministry is reviewing increasing penalties set out in the criminal code as regards violence and abuse which often present a gender dimension so that they can be more effective as deterrents, she said.

Changes in penalties are being promoted also as regards special laws relating to violence.

As an example, she noted that the current law provides for three years jail for harassing a woman with mental impairment and this would rise to 14.

The bill will create a ‘legal umbrella of protection’ for victims which will serve to prevent and reduce, even eliminate violence against women, rapes, abuse and femicide, she said.

Asked how economic and psychological violence are defined and how are they proven in court, she said this is where training is required. When for example a husband deprives the basics to his wife and in this way obliges her to remain with him, this constitutes economic violence.

Asked about prevention, she said that the bill provides for the establishment of a coordinating body that will be tasked with prevention, information and coordination of all involved services, whether they are the health or justice ministries, police or other bodies so that when cases are identified, there is cooperation to address the issue in the best possible way.

Akel’s Skevi Koukouas said the bill was long-awaited but added that there were gaps and ambiguities that needed to be clarified.

Her party would introduce amendments for the implementation of the convention in its entirety, including provisions for which the government has requested exemptions.

Dig to map ancient Paphos comes to an end