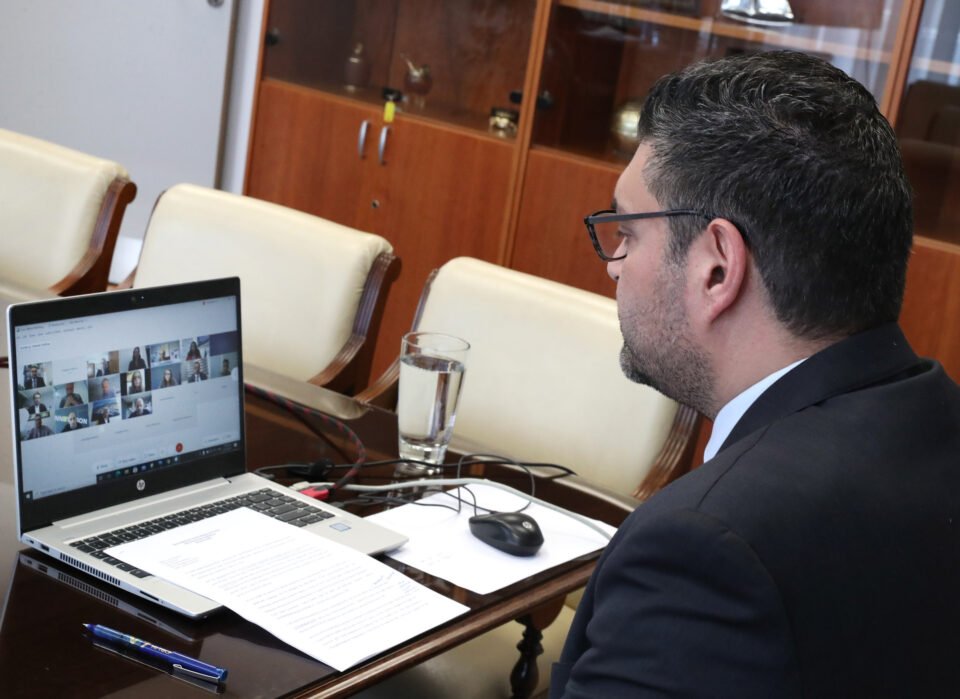 Cyprus is the largest beneficiary of European Investment Bank (EIB) engagement in Europe relative to GDP, the EIB said on Monday as it announced a €19 million loan agreement with Epic to accelerate broadband network deployment.

A virtual press conference on the EIB’s annual results for 2020 heard that outstanding EIB exposure in Cyprus totals €2.7 billion, or 13 per cent of national GDP.

In 2020, new EIB financing for priority investment in Cyprus was €245 million, representing the fifth largest support for transformational projects in 40 years of EIB engagement in the country.

This included support for new energy investment to reduce carbon emissions and help to reduce electricity bills and backing for new investment to expand access to high-speed internet services, it said.

Thanos Chronopoulos, CEO of Epic and Martin Peronnet, CEO of Monaco Telecom, detailed the expected impact of new broadband investment in Cyprus and the benefits of increased connectivity seen elsewhere in Europe.

“The EIB has consistently been one of the most important and reliable partners of Cyprus for the past decades. The EIB’s continuous commitment to our country in times of crisis was once again evident as three of the measures announced by the government to support the economy relate to EIB support. We therefore would like to ask the EIB to maintain its lending volumes at today’s level and keep supporting the public and private sector of Cyprus, as the country navigates through the financial and social implications resulting from the health crisis,” said Petrides.

Said Pavlova: “2020 represented another strong year for the EIB in Cyprus, with €245 million of new financing for visionary energy investment by Cypriot energy partners to cut carbon emissions and to enable Epic to improve broadband connectivity across Cyprus. The EIB is committed to supporting priority investment in Cyprus and pleased to back Epic’s investment to transform high-speed broadband access in Cyprus. The EIB is currently working closely with private and public partners to unlock new education, affordable housing, innovation and climate action investment in the country.”

At the press conference, the EIB confirmed details of the new €19 million long-term financing to Epic to support the roll-out of their Very High Capacity broadband network and related connectivity and IT investment.

“Advanced networks are one of the most fundamental blocks of the EU’s digital transformation and an essential pillar of the recovery, at national and European level,” said Kokkinos.

Thousands of businesses and households across Cyprus will benefit from faster internet speeds and access to the Epic Fibre to the Home networks.

“We see ourselves as catalysts for change and growth, our FTTH project is set to radically reshape the digital experience of the Cypriot households and enterprises and accelerate economic growth by providing new opportunities for innovation and productivity,” said Epic’s Chronopoulos.

The new EIB backed investment, guaranteed by the European Fund for Strategic Investments, will allow Epic customers access to Gigabit digital services and connect both towns and rural areas.

It will also help to improve ultrafast broadband access, which currently lags behind the EU average.

Last year EIB support for energy transition in Cyprus included €150 million backing for construction of a new LNG terminal and €76 million, guaranteed by the European Fund for Strategic Investments, to support construction of a new power plant at Vasilikos by the Electricity Authority of Cyprus.

“The European Investment Bank is supporting energy transition in Cyprus and around the world. As part of its Energy Lending Policy agreed in 2019, the EIB supported a pipeline of gas projects already under appraisal, before moving to renewables-only lending from the end of 2021. The EIB looks forward to working together with energy project partners to support future clean energy investment in Cyprus,” said Pavlova.

The new LNG terminal will enable Cyprus to replace use of heavy fuel oil for power generation with natural gas, cut energy prices and reduce carbon emissions by at least 30 per cent.

The new 160 MW CCGT Vasilikos power plant will be the most efficient gas power plant in Cyprus and enable a shift away from fossil fuels, reduce greenhouse gas emissions and other forms of air pollution, and provide flexibility to allow greater use of intermittent wind and solar power in Cyprus in the future.

EU presidents to go to Turkey next week, spokesman says

Special stamp to mark 50 years of the Anti-Cancer Society