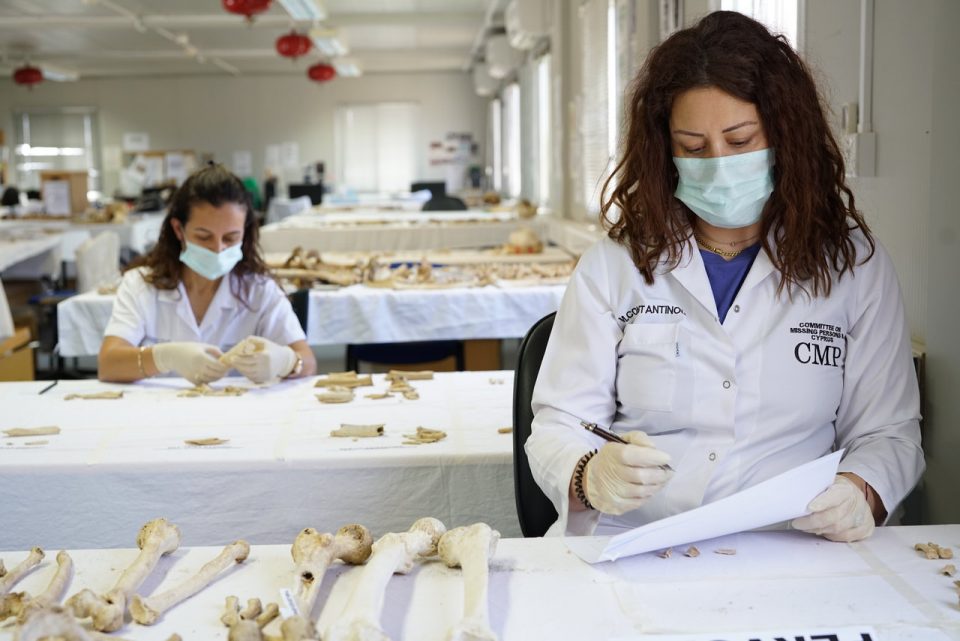 Around 40 missing people are set to be identified soon by the Committee for Missing Persons (CMP), Akel MP Skevi Koukouma told the Cyprus News Agency on Tuesday.

Koukouma, who is chairwoman of the House refugee committee, accompanied other members of it on Tuesday on a visit to the CMP lab, where they were told the pandemic has delayed work by almost five months.

“The pandemic and the consequent restrictive measures issued by the government have led to further problems and to a five-month delay. The CMP has only managed to resume its work earlier this month,” she said.

According to Koukouma, only 25 identifications have been made in 2020, while the percentage of exhumations in which remains were found was calculated at a mere 11 per cent.

“The teams involved in the excavations should be increased as they urgently need experienced and qualified researchers,” she stressed.

Koukouma also spoke of the need to take all necessary steps for excavations to take place in areas which have been categorised as military by the Turkish occupying army, adding that so far excavations have taken place in only eight out of the 30 locations on which an agreement has been reached.

Political parties are currently discussing a bill that would allow for the issuing of death certificates for missing persons who have been identified through DNA testing as a result of the work of the CMP.

Based on existing legislation it is impossible to issue death certificates for the missing as in many cases there are only fragments of remains and also no clear cause of death, as required by law for a death certificate.

Lace to the top: Macklemore’s collection of coveted sneaks