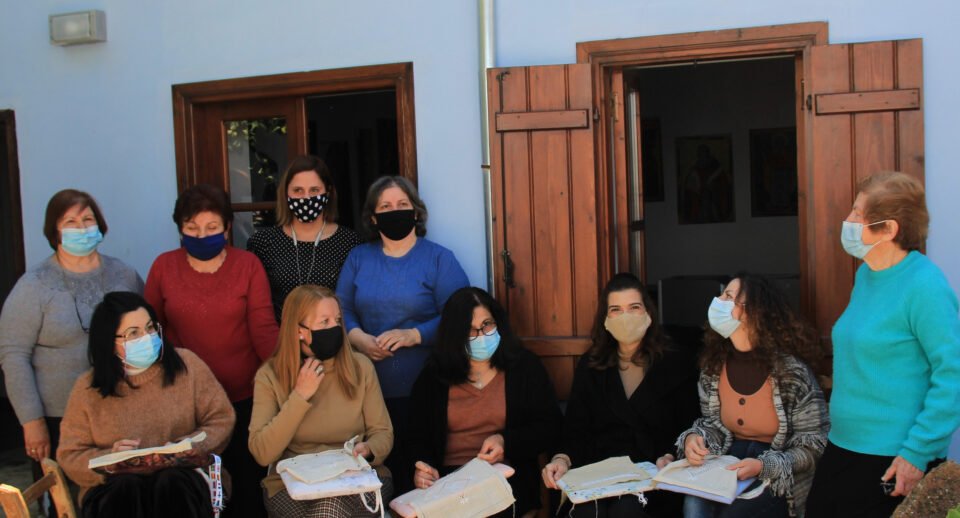 Energy and Commerce Minister Natasa Pilidou on Tuesday visited Lefkara to check out the embroidery training programme, which is part of a plan to save, strengthen and preserve traditional techniques and professions in Cyprus.

Lace from Lefkara is one of the most well-known traditional handicrafts in Cyprus but fears have been growing in recent decades that it is becoming a dying trade with the migration of the village’s young people to the cities.

Pilidies visited Lefkara with the Commissioner for the Development of Mountain Communities Costas Hambiaouris to see first-hand the progress of the pilot training programme that began in March under the auspices of the Cyprus Handicrafts Service.

The training programme is sponsored by the energy and commerce ministry and aims to curb any risk of losing the unique embroidery technique which has been included in the Unesco World Intangible Cultural Heritage List since 2009.

During her visit, the minister met with two ‘masters’ of Lefkara embroidery who will pass on their know-how to nine young girls.

“Unfortunately, professional embroiderers are declining and there is now a risk that this unique technique will be lost to the world,” Pilides said, adding that the other dying traditions could be added to the overall programme in the future including training in textiles and ceramics.

“The plans will be announced within the year and these are programmes that aim to create new jobs and prospects for people who are in a personal or work impasse,” said Pilides.

Hambiaouris described the initiative as “extremely important. It is in line with the national strategy for the development of mountain communities and is an action that will preserve our traditional professions and at the same time highlight our folk traditions which, unfortunately, are slowly declining,” he added.

Germany decides AstraZeneca COVID shot can be used for over-60s