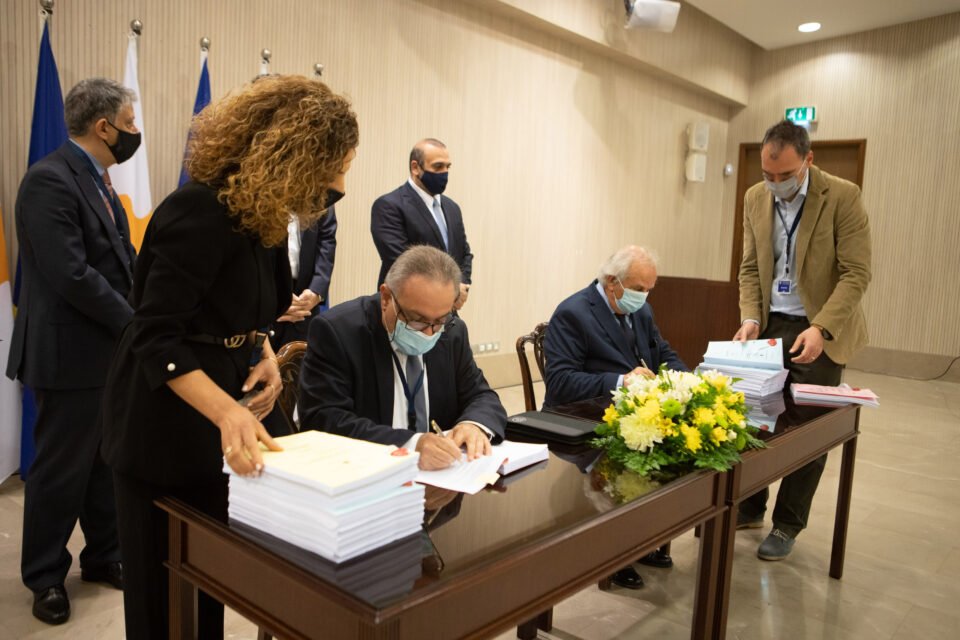 The signing ceremony at the presidential palace

A contract for the construction of a new haemodialysis unit at the Paphos general hospital was signed on Wednesday at the presidential palace on behalf of the government by the director of the public works department Antonis Koutsoulis and the CEO of construction company A. Panayides Contracting Stavros Theodosiou, who won the tender for the project.

The cost of the new unit will amount to €4,737,000 plus VAT. The department of public works will be responsible for the coordination of the project, which will also be monitored by the department of electromechanical services, the audit department and the transport ministry.

According to the contract, the new unit will be up and running in 18 months. The construction company that won the tender will be responsible for its maintenance for the next 12 years.

The new unit aims to solve the chronic problems faced by the dialysis patients in the Paphos district, who have been complaining for years about serious overcrowding at the existing unit, repeatedly claiming that was not only illegal, but grossly detrimental to their health.

The unit will be detached from the main hospital building and connected via a corridor starting in the paediatric department. It will feature three floors and cover an area of 2,100 square metres.

On the ground floor of the new unit there will be a reception and registration area for patients, along with examination rooms and four short-term haemodialysis rooms, two haemodialysis rooms for people with infectious diseases accessible through a separate entrance, staff locker rooms and auxiliary rooms.