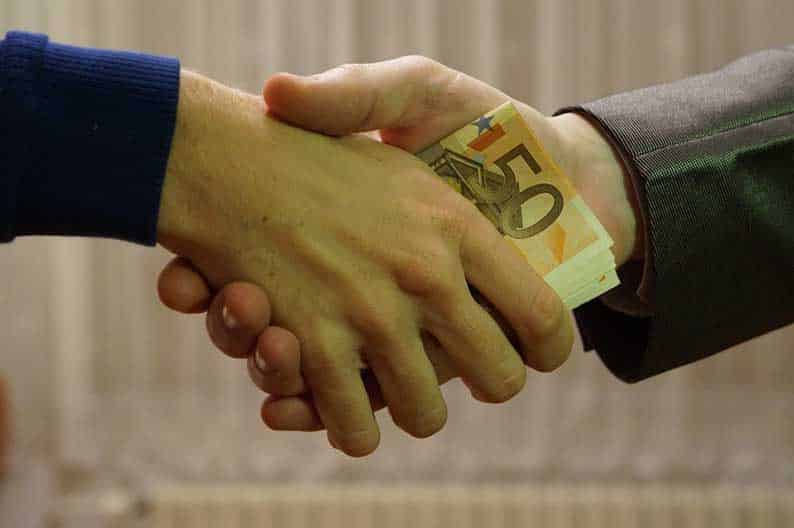 Cyprus has been cited in the latest US State Department Human Rights Report for lapses on certain human rights issues including “serious acts of corruption” crimes involving violence or threats of violence targeting members of national and ethnic minorities, and lack of investigation of and accountability for violence against women.

The report published on Wednesday said although the government generally investigated and prosecuted cases of corruption, there were numerous reports of corruption during the year.

It first cited the Al Jazeera expose, ‘The Cyprus Papers’, in which undercover reporters captured extensive evidence of government corruption related to the Citizenship by Investment scheme (CBI).

The report also cited the case of the former mayor of Larnaca, Andreas Louroudjiatis, who was sentenced to five years’ imprisonment for corruption, bribery, money laundering, and other related charges in connection to waste management plants operated by the municipalities of Larnaca and Paphos.

Also, the financial director of the Municipality of Paphos was sentenced to five years’ imprisonment and two engineers of the town planning department were sentenced to 42-month and 18-month prison terms in relation to the incident. The company involved, Helector Cyprus Ltd, was fined €183,000.

The report also highlighted the issue of financial disclosure saying the law requires the president, members of the Council of Ministers, members of the House of Representatives, and members of the State Health Services Organisation board to declare their income and assets.

Elsewhere, the report, covering rape and domestic violence said the government generally enforced the law effectively, “although many cases continued to go unreported”.

The number of reported cases increased in recent years, however. In the first nine months of 2019, 519 cases of domestic violence were reported to police. As of October 2019, police had investigated 181 of the cases and filed 111 cases in court. The NGO Association for the Prevention and Handling of Violence in the Family (Spavo) stated increased reporting reflected greater awareness of and access to services, rather than an increasing number of incidents.

Spavo said domestic violence victims often faced significant family and social pressure not to report abuse and to withdraw complaints filed with police. It also reported a steep increase in domestic violence during and immediately after the mandatory Covid lockdown. In the period March 16 to June 30, 2020, the association recorded a 50 per cent increase in Spavo’s call centre cases and a 46 per cent increase in the number of victims at shelters, compared to the same period in 2019.

NGOs reported, however, that some police officers continued to dismiss claims of domestic abuse by foreign women and children. Sexual harassment also reportedly remained a widespread, but often unreported, problem, the report said.

On prisons and detention centres, the US report said that the Council of Europe had noted “persistent credible allegations of police mistreatment of detainees” including allegations received in 2017 that a woman was sexually abused; that three juvenile detainees reported officers kicked, punched, and hit them with clubs during questioning at the Limassol central police station; and that persons detained by police, particularly foreigners, risked physical or psychological mistreatment at the time of apprehension, during questioning, and in the process of deportation.

“Physical conditions in some prison and detention centres, including detention centres for asylum seekers and undocumented migrants pending deportation, did not meet international standards,” the report said.

“Unlike some Cypriot prisoners, foreign prisoners without a temporary residence permit are not permitted to leave the prison to work, spend weekends with family, or apply for parole,” said the report.

The US report also covered direct or indirect discrimination based on sexual orientation or gender identity.

“Despite legal protections, LGBTI individuals faced significant societal discrimination, particularly in rural areas. As a result many LGBTI persons were not open about their sexual orientation or gender identity, nor did they report homophobic violence or discrimination,” the report said.

Citing ‘Accept’ Cyprus, the report said police routinely declined to investigate violence against LGBTI individuals as possible hate crimes and “police inaction discouraged LGBTI individuals from reporting complaints”.  The NGO reported two known attacks during the year against LGBTI individuals. On March 7, two young transgender individuals were attacked by a gang of seven hooded persons while leaving a party in Nicosia. The victims were hospitalised but did not report the attack to the medical personnel, or the police, and instead said that they fell down the stairs.

There were also reports of employment discrimination against LGBTI applicants.

Similarly, the report also detailed discrimination against ethnic minorities, which had increase during Covid restrictions. It said NGOs reported police racial profiling and discriminatory treatment of ethnic minorities in the enforcement of movement restrictions. One incident involved police illegally entering the homes of migrants without a warrant and fining them for violating the rule prohibiting home gatherings of more than 10 persons in spite of the fact that they were all residents of the same house.  It also said police targeted migrants in the streets to issue fines and in some cases intimidated and physically mistreated them. There were also reports from migrant workers that police fined them on the bus because their facemask was not covering their nose  but did not fine non-migrants, including the bus driver, wearing the mask in the same manner.

How to make a colourful ‘Sensory Sculpture’