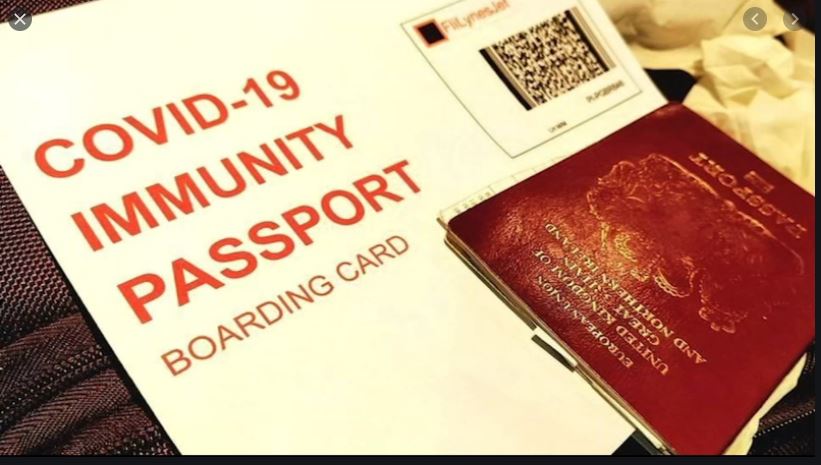 Most Britons support the idea of so-called vaccine passports that would allow people who have received both doses of a COVID-19 vaccine to access certain places or activities, according a survey by Ipsos MORI.

Vaccine passports are under consideration by the government, with an update expected on April 5, but the idea has proved controversial with critics dismissing it as an assault on civil liberties and potential cause of discrimination.

The survey of a representative sample of over 8,300 people over 16 in the United Kingdom found that 78% of respondents were in favour of vaccine passports to travel abroad or to visit a relative living in a care home.

Support was also very high for using vaccine passports to visit a relative in hospital or to go to the theatre or to an indoor concert.

When it came to going to pubs or restaurants, one of the scenarios that has been most hotly debated, 62% of respondents were in favour of vaccine passports being used.

There were also high levels of support for vaccine passports being a requirement for certain jobs, such as frontline healthcare or care for the elderly and disabled.

However, when it came to balancing the potential benefits of vaccine passports to the economy against any ethical or legal concerns, the picture varied according to age and ethnicity.

The survey is likely to make welcome reading for senior cabinet minister Michael Gove, who is leading government planning on vaccine passports and has been trying to win over reticent lawmakers from the ruling Conservative Party.

Yeezy street: a look at how Kanye West spends his billions

Halloumi has now joined the ‘world elite’ of food