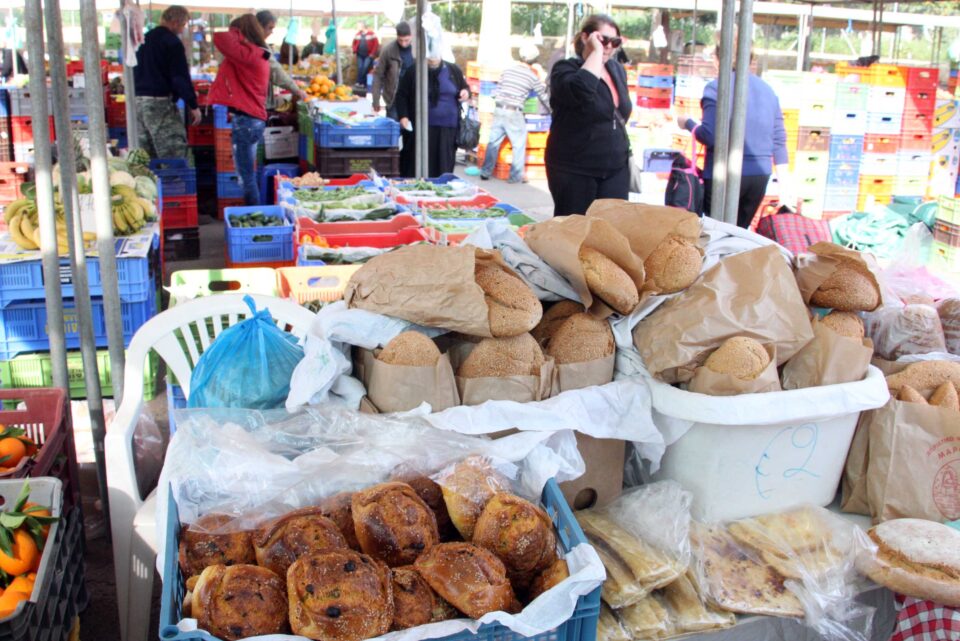 Easter flaounes on sale at a Nicosia market (File photo)

Labour union Peo criticised shopkeepers on Wednesday for suggesting shops remain open on May 1 – the international worker’s day and a public holiday – this year because it overlaps with Easter Saturday, normally a busy shopping day.

The Cyprus supermarket association (CSA) called the government’s decision ‘untimely’ after the labour ministry declared that all shops should be closed on May 1 despite it overlapping with the Easter Saturday.

“It will cause inconvenience and chaos in the supermarkets in the previous days. Especially this year with the pandemic, this is something they should have taken more seriously,” CSA representative Andreas Hadjiadamou told Sigmalive.

Easter Saturday is an important day for the local market as shops see increased custom, he added.

The association recommended that workers should celebrate the public holiday on another day.

“It happened in 2013 when once again, Easter overlapped with May 1,” Adamou said.

Trade union Peo called the association’s reaction “unacceptable and provocative” and asked them to show the appropriate respect for their employees.

“For us, the issue is the sacred obligation to honour this day, which is International Workers’ Day, and which has long been associated with social struggles, trade union freedoms and labour rights,” the union said in a written statement and refused to consider moving the celebration to a different day.

Cypriots respect the day, the union added, and will arrange their shopping accordingly, since they will be expecting the shops to be closed on May 1.

“The least one expects from employers is to respect the day and its huge symbolism and not attempt to degrade it, in the name of any of their own business and financial priorities,” the trade union added.

Peo called on the labour ministry not to succumb to pressure from shop owners.