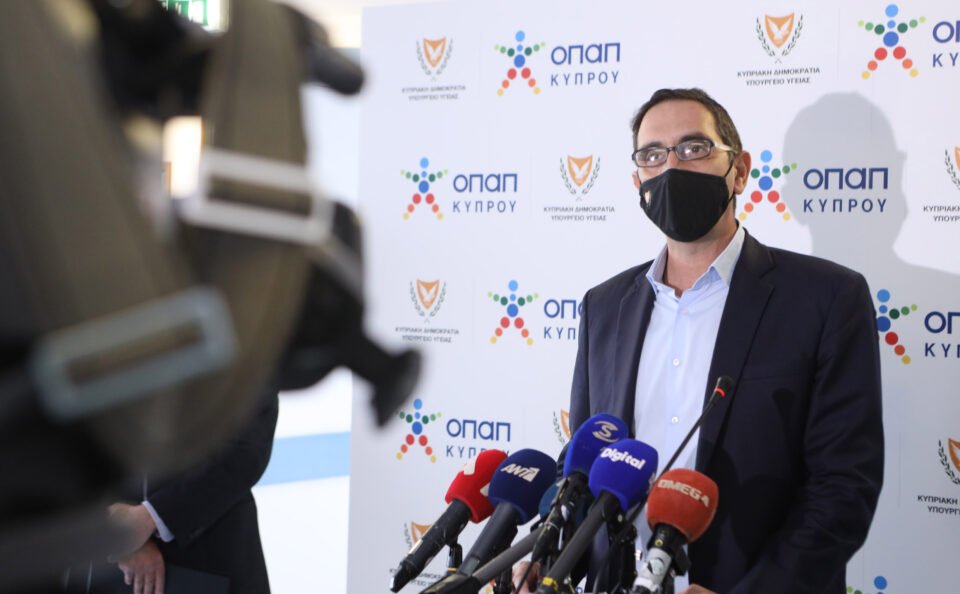 Health Minister Constantinos Ioannou warned the public on Saturday not to let their guard down against the coronavirus, suggesting that things would get better in a couple of months as more people get vaccinated.

Authorities announced 705 new infections on Friday, more than double the previous day’s, raising concern as schools reopened and restrictions were eased in other activities like gyms.

“Unfortunately, in the past week we have been seeing a rise in the positivity rate, especially in rapid tests, of around 50 per cent,” the minister said.

“That is worrying,” he added, though up to some point expected because of the easing of restrictions a few weeks ago that included opening hospitality venues.

He reiterated that personal protection measures were the only way to prevent the spread.

“Any complacency or relaxation will worsen the epidemiological situation,” he said.

Asked during a visit to a rapid testing site whether stricter measures would be taken as in many countries in Europe, Ioannou said that in most countries of Europe there’s a lockdown since last November and added that Cyprus is the last country that imposed lockdown and the first that lifted it.

“This is due to the cooperation of the people and our strategy with many and targeted tests, which was necessary especially due to the mutations and it is what maintains our epidemiological situation,” he said.

Ioannou said the government’s mass screening programme was an important tool that alerted authorities early and allowed them to isolate and limit the spread of the virus. It was necessary however, for people to adhere to the health protocols and personal protection measures.

The state, he said, has drafted a three-pronged strategy: measures, testing, vaccinations, and for it to work, all three aspects must be successful.

He said Cyprus expected around 60,000 additional vaccine doses this week.

Testing is a necessary component, “which allows us to keep the numbers in check.”

“I hope we maintain this state, we are close to the end, we understand the people’s fatigue but by mid or end-May we will have developed immunity through vaccination that will allow us to lift restrictions.”