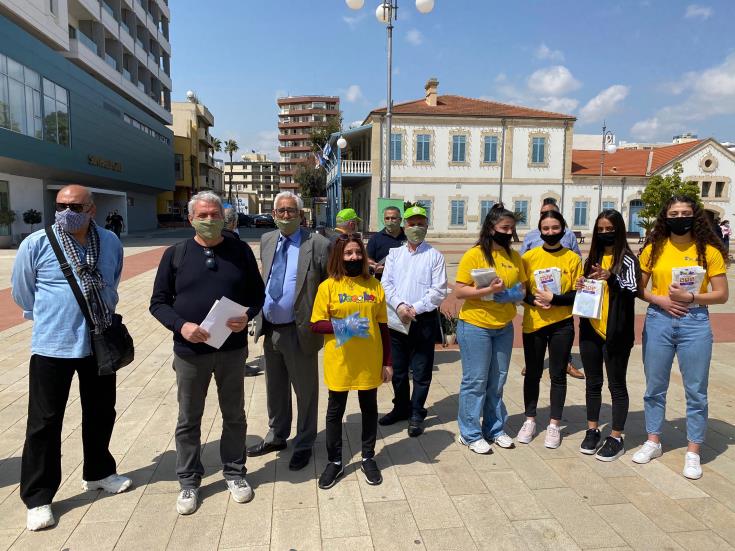 Local legislation pertaining to an EU directive set to come into force in July that declares war on 10 single-use plastic items is not ready yet, Greens leader Charalambous Theopemptou has said.

“We in parliament have not yet received the relevant bill to discuss and vote on it and it seems that we will be late in implementing this environmental legislation,” Theopemptou said during an eco event in Larnaca on Sunday.

Leaflets were distributed along Phinikoudes about the wildlife of Cyprus while biodegradable gloves were dished out for people to collect dog poo. The gloves were made by students from Aradippou High School.

Biodegradable gloves look like plastic but decompose in nature without leaving any residue, Theopemptou said.

Referring to the EU directive, Theopemptou said despite the fact that it must be implemented in July, parliament has not received the final draft of the bill that will see it passed into law. This will delay implementation in Cyprus, he said.

“This legislation is important because disposable plastics are what we find mainly thrown in nature,” he said.

“The EU has started a war on plastics over the next decade and this is the first step.”

Single-use plastic products (SUPs) are used once, or for a short period of time, before being thrown away.

They are more likely to end up in seas than reusable options, the EU says. The 10 most commonly found single-use plastic items on European beaches, alongside fishing gear, represent 70 per cent of all marine litter in the EU.

Through the EU’s Directive on single-use plastics, different measures are being applied to different products.

These measures are proportionate and tailored to get the most effective results, and also take into account if more sustainable alternatives are available, the EU says.

Where sustainable alternatives are easily available and affordable, single-use plastic products will be banned from July 3, 2021.

“This ban will apply to cotton bud sticks, cutlery, plates, straws, stirrers, and sticks for balloons. It will also apply to cups, food and beverage containers made of expanded polystyrene, and on all products made of oxo-degradable plastic,” the EU says.