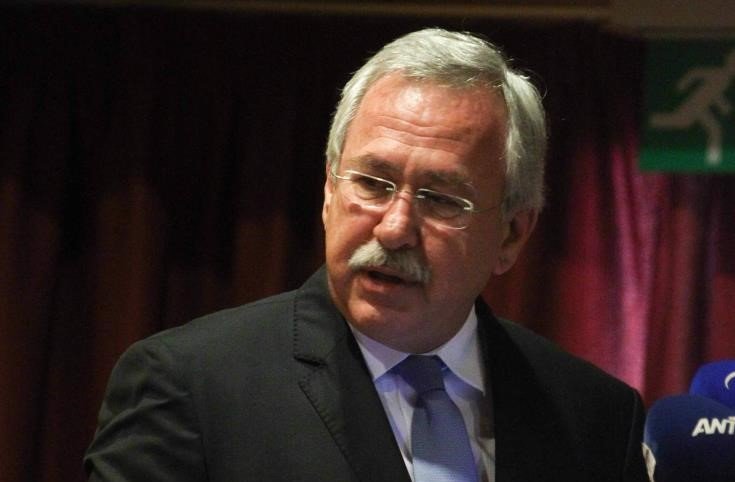 Former interior minister Socratis Hasikos passed away early on Monday morning at the age of 64 after a long battle with cancer.

Hasikos had lately been hospitalised in Germany.

“It is with great sadness that I learned of the death of Socrates Hasikos, a good friend who was one of my closest associates,” President Nicos Anastasiades said in a written message.

“Socratis Hasikos served his country with love and devotion, offering much as a true patriot through the various positions he served. He was always straightforward and dynamic, having as criteria his love for his homeland and the struggles of Cypriot Hellenism. On behalf of the government, my family and myself, I express my deepest condolences,” he added.

The Archbishop called Hasikos a true friend who loved the Church and Cyprus. “His views on the Cyprus issue were crystal clear, while he was a man who always said his opinion boldly and without beating around the bush”.

In a condolence message, Disy said the Glafkos Clerides institute is opening an e-book of condolence while the president and the party leadership will attend the funeral. The flags at the party’s headquarters will fly at half-mast until the day of the funeral.

“We mourn the loss of Socrates, the friend and companion of our party who, with his open-mindedness, insightful political outlook and unwavering commitment to the struggle for the good of our country, will forever be an example for all of us,” the Disy announcement said.

Edek, the Green Party and Diko also expressed condolences, with Diko saying Hasikos remained an active exponent of his positions and views.

“Strong personality was one of the elements that everyone recognised, whether they agreed or disagreed with him,” the party commented.

In its message, the Citizens Alliance also mentioned his strong personality, noting the politician remained faithful to his principles.

Hasikos was born in Nicosia on April 12, 1956 and grew up in the village of Dikomo in the Kyrenia district. He studied law at the National and Kapodistrian University of Athens.

From 2003 until February 2013 he was the chairman of the board of the AlfaMediaGroup. He was also the owner of the newspaper Alithia, of the radio station Sport-Fm and a major shareholder of television station Omega.

Hasikos, a vice president of Disy, was first elected as an MP of the Kyrenia district in 1991, a position he held until 1996.

On August 25, 1999, he was appointed Minister of Defence under the Glafkos Clerides administration. He held this position until February 28, 2003.

He was re-elected an MP with Disy in the parliamentary elections of 2006 but chose not to stand for reelection in 2011.

On March 1, 2013, Hasikos was appointed interior minister by President Nicos Anastasiades. On May 10, 2017, he resigned for personal reasons.

Hasikos’ wife, Elli Koulermou, died of cancer in 2019 aged 54. He is survived by two sons and a daughter.