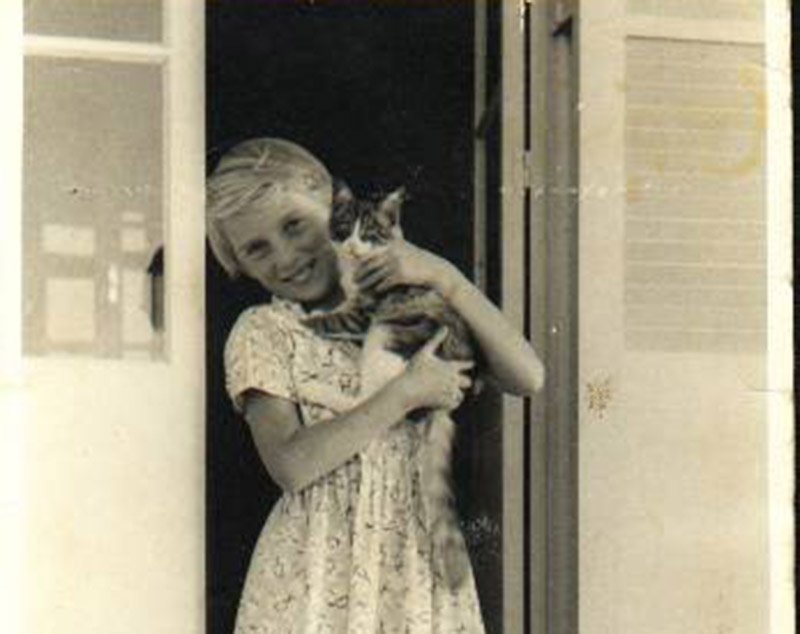 Cyprus of decades past is brought to life in a collection of microfiction from Canadian-based author Susan Borgersen. Alix Norman discovers why, 70 years on, the memories remain so strong

“I grew up in Cyprus. I arrived as a shy nine-year-old and left at 20, with an engagement ring on my finger.” Today, aged 77 and living in the distant – and considerably cooler climes – of Nova Scotia, Susan Borgersen fondly remembers the Cyprus of the 1950s and 1960s as a halcyon era. “I learnt to swim in 1953, in the crystal clear Mediterranean Sea. I ran wild through the wadi; freedom. I remember sitting at outdoor coffee shops. There were oranges. Always oranges. And days out to the mountains with Greek friends. We’d stop a shepherd en route and pick up a lamb for the spit. I can still smell it.”

A celebrated author, Susan has included many of these memories – each a fascinating glimpse into island life in the last decades before the invasion – in her latest book: While The Kettle Boils. A collection of microfiction, each tale no more than 200 words in length, the stories chart Susan’s past – and a life which has taken her from her earliest years in Cyprus to England, Bermuda, Mauritius, Canada, the Greek Islands, Australia and the Outer Hebrides. Written one a week over the past three few years, each was “drafted as my kettle boiled for my early morning cuppa. And what began as a temporary working title, stuck!” says Susan. “I had all these stories floating around. I wanted to share them more permanently rather than them be that one-week wonder never to be read again. I decided to gather them all together and pitch to publishers of short fiction.”

Released by Unsolicited Press in early March, much of the collection reflects Susan’s time in Cyprus: attending St Joseph’s Convent, day trips to Kantara, treading on wild garlic on the walk up Stavrovouni, the little school at Four Mile Point. “When I was ten, I made a large papier maché relief map of the island. I can remember every detail of the coastline, the mountain ranges. The panhandle. I can almost still feel it,” she recalls.

This is the Cyprus of decades past, brought to life by an award-winning wordsmith who has seen her fiction and poetry published internationally in literary journals and anthologies. And while not all the stories in While the Kettle Boils reference Cyprus, Susan acknowledges that the island is there in almost all, hidden in a turn of phrase, a recollection, an attitude…

“If I were to really analyse them, well, many will have a Kypros root in there somewhere,” she smiles. “Your childhood is such a formative period of life. I think those ‘growing up’ years never really leave you. As a teenager I begrudged the fact that I was missing out on what teenagers in the UK were experiencing. We had no TV. But we made our own entertainment…”

Susan’s family relocated from the UK to Cyprus in the early 1950s; her father a UK-based civilian attached to 9 Signals Regiment. “The family jumped at the chance to move from the post-war rationing of the UK to a sunny Mediterranean island,” she reveals; “I still recall arriving on a refurbished Lancaster bomber, and being taken to the Palace Hotel in Famagusta. There were these big ceiling fans you’d only ever seen before in movies – the difference was so extreme!”

Soaking up the language, the culture, the food, a young Susan fell in love with the island. “Growing up in Cyprus is probably quite largely responsible for my outlook on life, why I am who I am. I met my husband here,” she adds, softly.

And sure enough, Story 15 of While the Kettle Boils begins:

‘She is just a wisp of a girl. And he, a giant among men.

‘They walk hand in hand through the streets of Famagusta during the Orange Festival. From a distance you would think they were father and daughter. But they stop by the fountain. Kiss. And stroll slowly on.

‘In the empty bar of the King George Hotel he plays ‘Smoke Gets in Your Eyes’ for her. His over-large fingers floating over the piano keys with a lightness you would not expect.

‘It is the moment they fall in love…’

From childhood to early youth, to her first job and meeting the love of her life, Susan’s poignant reminiscences of a Cyprus long gone – yet still bright in the mind – pepper the book, complete with names and places we know and love. It’s not a glorification of the past – EOKA gets a mention, as does a story based on an incident involving a stalker while Susan was School Secretary at Karaolos School. But for the most part, While the Kettle Boils is an entrancing snapshot of the island’s past; an enchanting read for anyone familiar with Cyprus. A testament to a time and place which, once visited, is never forgotten. 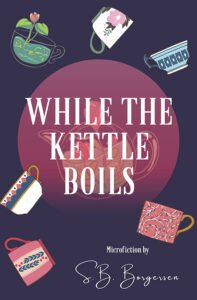 While the Kettle Boils is available from amazon.com (paperback at €14 and Kindle edition at approximately €6) and from https://www.unsolicitedpress.com/store/p314/kettle.borgersen.html

I am the island

where St. Paul once walked.

I am aroma memories of Smokey Joe’s late night feasts

on Father’s head. For dancing.

I am snatches of language yassou file mou.

On my tongue lemon soup with wild garlic. A freshening spring

in the green Morris Minor to the foothills of Kantara.

I am not the Roman tile once picked up from ruins

to become a teapot stand. That was Mother,

who had bad luck, and took it back to Salamis.

I am the fear of moustachioed Eoka gathering

the day I missed the bus.

I am the evacuee who sailed away

across the Mediterranean from my golden island’s sun

I was this place. This taste. This light. This tongue.

Those herbs. Those songs. Those nights.

That time. That understanding. That feeling.

(Reproduced with the kind permission of S.B. Borgersen and Unsolicited Press)

Ways to improve your channel: Get free subscribers easily