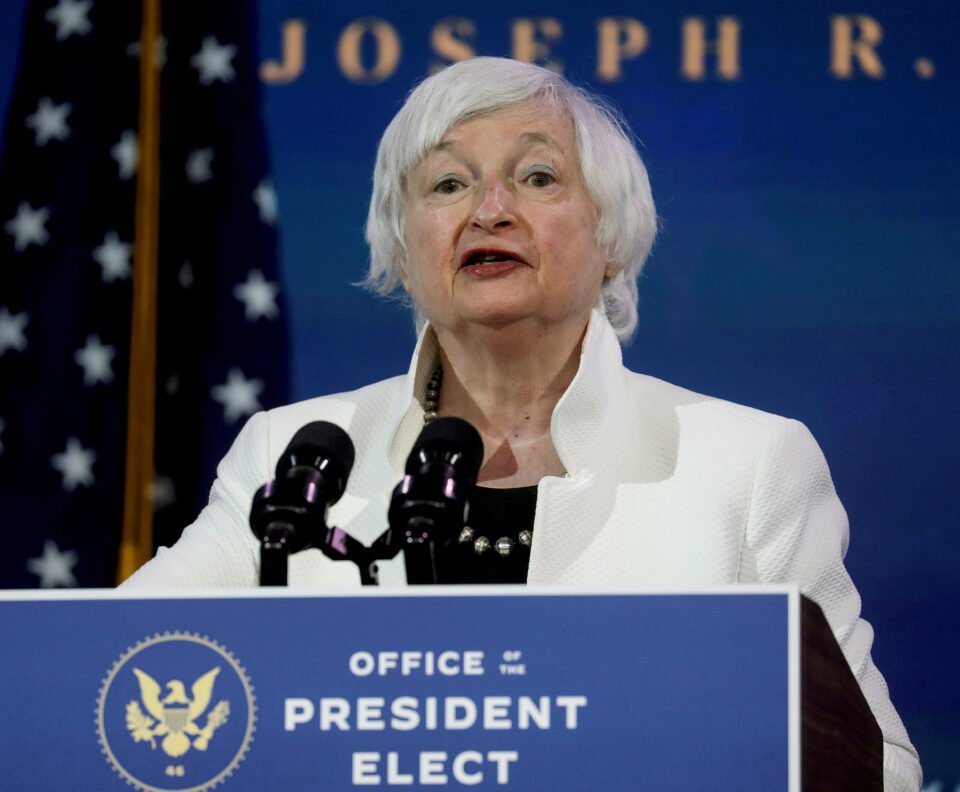 US Treasury Secretary Janet Yellen has thrown the weight of the U.S. government behind a push for a global corporate minimum tax rate, possibly carving a path to a long-sought deal updating international tax rules for the first time in a generation.

Yellen said on Monday that she is working with G20 countries to agree on a global minimum, which she said could help end a “30-year race to the bottom on corporate tax rates.”

WHY A GLOBAL MINIMUM TAX?

Major economies are aiming to discourage multinational companies from shifting profits – and tax revenues – to low-tax countries regardless of where their sales are made. Increasingly, income from intangible sources such as drug patents, software and royalties on intellectual property has migrated to these jurisdictions, allowing companies to avoid paying higher taxes in their traditional home countries.

With a broadly agreed global minimum tax, the Biden administration hopes to reduce such tax base erosion without putting American firms at a financial disadvantage, allowing them to compete on innovation, infrastructure and other attributes.

The Trump administration took a first stab at capturing revenues lost to tax havens with a U.S. corporate offshore minimum tax in 2017. The “Global Intangible Low-Taxed Income,” or GILTI, tax rate was only 10.5% – half the domestic corporate tax rate.

WHERE ARE INTERNATIONAL TAX TALKS?

The Paris-based Organization for Economic Cooperation and Development has been coordinating tax negotiations among 140 countries for years on two major efforts: setting rules for taxing cross-border digital services and curbing tax base erosion, with a global corporate minimum tax part of the latter.

The OECD and G20 countries aim to reach consensus on both fronts by mid-year, but the talks on a global corporate minimum are technically simpler and politically less contentious.

The minimum tax is expected to make up the bulk of the $50 billion-$80 billion in extra corporate tax that the OECD estimates companies will end up paying globally if deals on both efforts are enacted.

HOW WOULD A GLOBAL MINIMUM TAX WORK?

If countries agree on a global minimum, governments could still set whatever local corporate tax rate they want. But if companies pay lower rates in a particular country, their home governments could “top-up” their taxes to the agreed minimum rate, eliminating the advantage of shifting profits to a tax haven.

The Biden administration has said it wants to deny exemptions for taxes paid to countries that don’t agree to a minimum rate.

The OECD said last month that governments broadly agreed already on the basic design of the minimum tax although the rate remains to be agreed. International tax experts say that is the thorniest issue.

Other items still to be negotiated include whether industries like investment funds and real estate investment trusts should be covered, when to apply the new rate and ensuring it is compatible with the 2017 U.S. tax reforms aimed at deterring tax-base erosion.

WHAT ABOUT THAT MINIMUM RATE?

The Biden administration wants to raise the U.S. corporate tax rate to 28%, so it has proposed a global minimum of 21% – double the rate on the current GILTI tax. It also wants the minimum to apply to U.S. companies no matter where the taxable income is earned.

That proposal is far above the 12.5% minimum tax that had previously been discussed in OECD talks – a level that happens to match Ireland’s corporate tax rate.

The Irish economy has boomed in recent years from the influx of billions of dollars in investment from foreign multinationals, so Dublin, which has resisted European Union attempts to harmonize its tax rules for more than a decade, is unlikely to accept a higher minimum rate without a fight.