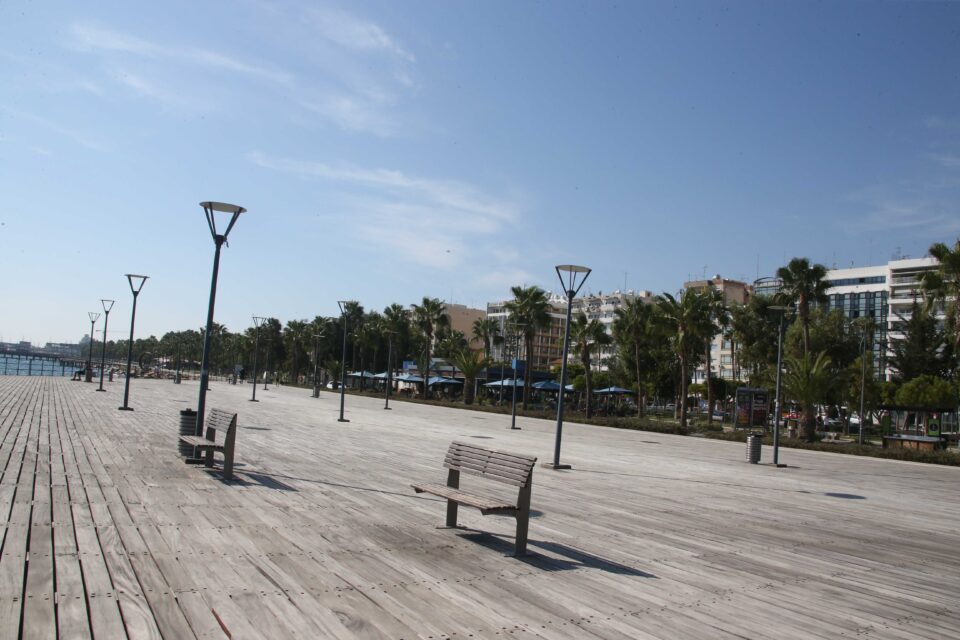 Clean public spaces and a greener city are priority issues for Limassolians, according to a survey prepared by Yia ti Lemeso (For Limassol) initiative in cooperation with the University of Nicosia’s Insights Market Research (IMR).

The survey records Limassol residents’ opinion about what quality of life means to them and is part of the initiative’s public consultation to shape its proposals for the coastal town.

According to the findings, Limassol residents enjoy the costal projects completed in their city in recent years such as the Marina, old port, the embankment (molos) area, and the Garyllis park, but they would also like a turn to development with more greenery and upgrades in the urban centre and neighbourhoods. They also would like the daily problems they face to be addressed, such as cleanliness, more parking lots, anti-flooding projects, traffic problems and more parks.

In total 600 people were surveyed with the majority (53 per cent) saying that the biggest issue for them in their city was lack of cleanliness, followed by the roads and pavements’ condition (41 per cent), the state of parks and public squares (21 per cent), inadequate anti-flooding infrastructure (20 per cent), lack of parking lots (19 per cent) and traffic congestion (18 per cent). The survey was carried out between December and March.

The initiative also raised the issue of sustainable and green development, which it said, converged with IMR findings of a qualitative research in focus groups and specialised interviews. The research found that the people of Limassol are concerned about the form of development, which they want to continue, but in terms of sustainability, greening of the city and more employment opportunities for the people of Limassol themselves.

According to the initiative, today there is only 1.8 square metres of greenery per Limassol resident, which is the same as it was 36 years ago. The goal they said, is to raise this to 11 square metres per resident by 2031.

The survey was presented on Wednesday in Limassol.

During the event, Yia ti Lemeso initiative presented its proposals for sustainable growth.

Architect Yiannis Armeftis presented a proposal for a comprehensive infrastructure project for making Limassol greener, that includes the Metropolitan park, the green paths, the Aktaia Odos park and the strengthening of urban greenery. He also referred to the development of the urban centre, the neighbourhoods and the ’15-minute city’ concept that is based on enabling people to reach everything they need (services, entertainment) within a travel distance of 15 minutes. Armeftis also referred to the pedestrianisation of areas, the use of bicycle lanes as well as the integration of wider areas (archaeological and environmental).

Associate Professor in the Department of Architecture, School of Engineering, at Frederick University, Dr Byron Ioannou presented proposals for the “complex” as he said, traffic problem based on the sustainable urban mobility plan for Limassol, noting that its implementation is delayed.

The overall objective of this plan for the city and greater urban area of Limassol aims to improve mobility and quality of life for residents and visitors of Limassol allowing sustainable development. It also aims to reduce the negative impact and the influence of motorised traffic on urban life by providing more car-fee areas (pedestrianisation), areas with low car impact, the reduction of traffic accidents, and increase public transport network coverage but also accessibility by other modes than the car, among other things.