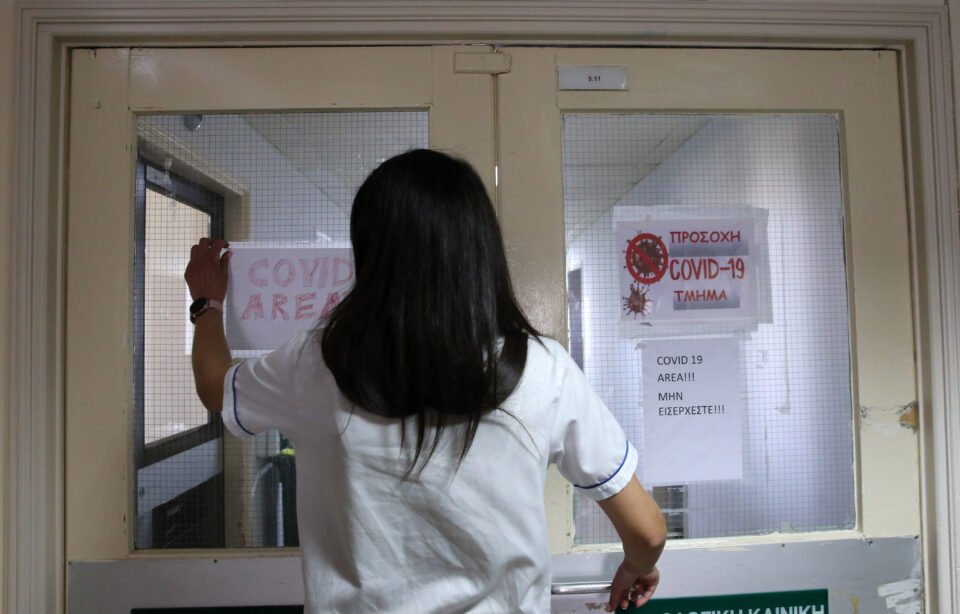 Makarios hospital has created a room suitable for Covid-positive mothers to give birth naturally, following a year of mandatory caesarean sections for pregnant women nationwide who tested positive for the virus, an official told the Cyprus Mail on Friday.

Two women with coronavirus have already given birth naturally at the newly-established room attached to the Covid-19 ward of the Nicosia-based hospital, said the spokesman for the state health services (Okypy) Charalambos Charilaou.

“A specifically designed room was established recently which has its own funnel separate from the central ventilation of the building,” Charialou said.

The decision was welcomed by NGO Birth Forward Cyprus, who had repeatedly advocated for women forced to have a C-sections.

Pregnant women who were testing positive near the time of birth were referred to Makarios hospital based on protocol issued by the health ministry, the vice president of Birth Forward Iole Eteocleous told the Cyprus Mail.

“But the decision to only perform C-sections was taken by Makarios who claimed they could not perform vaginal births safely due to a lack of a negative pressure room,” Eteocleous explained.

The organisation had sent a letter addressed to the health ministry and other relevant bodies including Okypy last year citing infringement of human rights.

According to the World Health Organisation, confirmed Covid-19 pregnant women do not need to give birth by caesarean section and this procedure “should only be performed when medically justified.”

“The mode of birth should be individualised and based on a woman’s preferences alongside obstetric indication,” WHO said on their official website.

As of December 6, Makarios had performed 20 C-sections on Covid-positive mothers while no recent data was immediately available. Births at Makarios hospital are free of charge for all Gesy beneficiaries, Charilaou confirmed.

Defending the hospital’s policy to not perform vaginal births, Charilaou confirmed statements regarding the lack of proper infrastructure for natural births in Covid-19 positive mothers. He said if they were to perform such births “the virus would spread in the whole hospital because of the central ventilation”, adding that the creation of a room specifically for natural births of coronavirus patients was “not easy”.

The Director of the Obstetrics and Gynecology Clinic of Makarios Hospital Christofidis Agathoklis said on Friday that experts had visited the hospital to assess the construction of a negative pressure room but it was concluded that “it cannot be constructed right now”.

Another reason provided by gynaecologists for the performance of C-sections is that health professionals are exposed to less aerosols since women do not have to push and use breathing techniques.

However, Birth Forward said that “a caesarean section means more days in the maternity clinic for these mothers, and therefore a greater need for care by the nursing staff. This in itself increases the risk of the virus spreading to staff, while with a normal birth mothers and their babies could be discharged much sooner.”

Meanwhile, the health ministry refused to comment on the issue and referred the matter to gynaecologists.

Private Obstetrics and Gynaecology clinics told the Cyprus Mail that the health ministry had sent them an email with instructions recommending they may perform Covid-19 positive births. But when a specific clinic attempted to find an ideal way to assist those women, they instead preferred to either refer them to Makarios or delay the birthing date until the mothers could no longer transmit the virus.

“I am not aware of any private clinic that performed births for women with coronavirus,” a private gynaecologist said.

In the end “where there is a will there is a way,” Eteocleous said, suggesting this move to assist women who wished to give birth naturally could have been taken earlier.

Combined with the experience of caesarean section, some of these women were not able to breastfeed their new-borns, as according to the original protocol this was not allowed, the NGO added.

In February, Makarios had also announced a change in their policy to allow a partner’s presence in the birthing room after presenting a negative coronavirus test.

However, no partners are allowed during any C-sections performed in Makarios, Eteocleous said, therefore all women who were forced to undergo one because they had Covid had to give birth alone.

Meanwhile Eteocleous advised that women who contracted Covid during their pregnancy must have a paper from their doctor proving they can no longer transmit the virus so they can give birth naturally.

Cyprus had the highest rate of caesarean deliveries out of 31 European countries, with 56.9 per cent of babies born this way in 2018, a slight increase from the 54.8 per cent in the previous year, according to Eurostat.

Our View: Prices should be determined by the market and not by populist parties