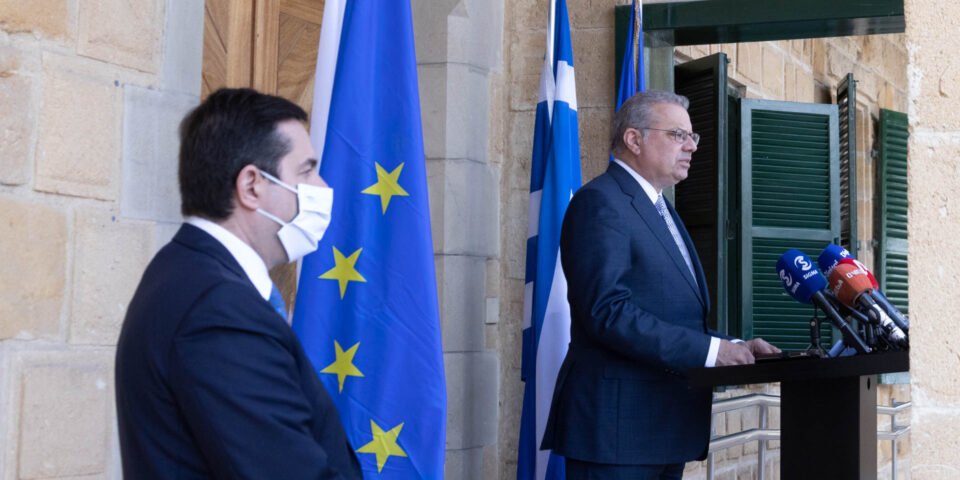 The Greek Minister of Migration and Asylum, Notis Mitarachi, who was with Nouris, said his country was ready to address any effort by Turkey to exploit the migration issue achieve geopolitical goals.

Nouris said: “We want to see the EU hold Turkey accountable for its actions, asking it to fulfill its obligations towards all EU member states, including Cyprus.”

Today, he said, more than 75 per cent of illegal immigration is through the buffer zone, adding that Turkey not only does not take any measures to prevent the flows but systematically takes advantage by not allowing Frontex to patrol the northern coastline.

While an agreement between Cyprus and Lebanon had reduced to almost zero the illegal arrivals from the neighbouring country, this was not the case with Syria from which arrivals are on the rise.

Nouris also said that despite efforts for a comprehensive and coherent European programme to address migration, the Cyprus government was determined to implement its policy strictly, since it has no other choice.

Cyprus is unreservedly in favour of a new European Migration and Asylum Policy, but wants to see its goals be part of this policy, he said.

He pointed out that during the first three months of 2021, the Republic rejected 2,510 asylum applications and received 2,239 new ones.

Nouris said that the EU was aware of the reasons and the effects of the migration problem and knew the remedies to address it – boldness and determination to take ground-breaking decisions.

On his part, Mitarachi said that both Greece and Cyprus were facing unprecedented migration flows.

He said Nicosia and Athens were working closely both at the political and the technical level to find effective solutions.

Above all, he added, we highlight the need for substantive solidarity from our EU partners.