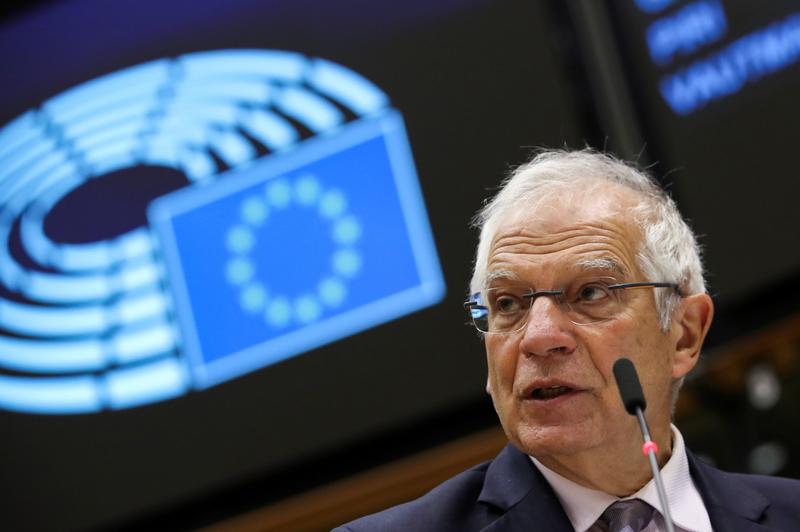 The region, and Cyprus, need a new energy narrative going forward. Borrell’s plan, with the US in support, may offer a way. Under the onslaught of Covid-19 the economies of all countries around the East Med have been weakened.

But the combined effect of the pandemic and Erdogan’s bizarre and erratic way of handling the economy, has weakened Turkey disproportionately, with interest rates, the lira, inflation/prices and unemployment in a perilous situation. Turkey cannot afford confrontation with the US and the EU, and particularly cannot afford any serious sanctions.

This, and the concern of an assertive US following the election of Joe Biden to the presidency, are the major contributory factors that have brought-about Turkey’s about-turn towards the end of 2020 and its more conciliatory rhetoric regarding East Med differences so far this year.

In this volatile and challenging environment Borrell’s plan is an attempt to draw a new line forward – offering Turkey incentives for meaningful cooperation but also maintaining the threat of sanctions should Turkey revert back to aggression and confrontation.

At the March EU Council meeting the EU leaders supported this plan as the basis of developing a new constructive relationship provided Turkey keeps its promises.

Greece and Cyprus appear to have agreed to the key recommendations of the plan, which they consider provides a balanced approach to the issues. It also suits Greece’s decisive commitment to work closely with the US and the EU, which is already producing tangible benefits. With a weakened President, Cyprus does not have many bargaining chips, but to cooperate.

So what does the Borrell plan mean for the region and for the future of energy developments.

The plan presents a roadmap to open a new chapter in the EU-Turkey relationship. It recognised that Turkish actions in the East Med challenged directly the rights of Cyprus to its EEZ and the maritime rights of Greece in the region.

Essential to this plan is de-escalation of tension in the East Med through the cessation of illegal drilling activities and the resumption of bilateral talks between Greece and Turkey. In particular, Turkey must refrain from further unilateral actions in violation of international law.

The plan is also clear on EEZ and continental shelf delimitation. These “should be addressed through dialogue under international law, including the UN Convention on the Law of the Sea (UNCLOS), and if no solution is found, this issue should be referred to the International Court of Justice in The Hague.”

Based on this plan, the EU heads of state agreed on 25 March that the EU is ready to work with Turkey in a progressive, proportionate, but also reversible, way to strengthen cooperation in various areas of common interest and, depending on this, to take further decisions at the European Council in June.

The EU offers Turkey economic cooperation, resumption of dialogue on subjects of joint interest and strengthening of cooperation on human contacts and mobility.

The plan states that “it is necessary to see a credible pattern in Turkey’s stance in the East Med, without setbacks, to prove that the expressed intentions are genuine, and to ensure that broader de-escalation in the region is sustained.” However, it also observes that recent minor incidents are a reminder that the de-escalation is still tenuous and needs to be consolidated.

The announcement by Turkey’s energy minister, Fatih Donmez, on 2 April vowing that Turkey will resume East Med surveys and drilling soon is such an example. If Turkish survey vessels return to the disputed parts of the East Med the gains of the last few months will fast disappear.

Borrell is determined to continue to work pro-actively with Turkey over the next few months to ensure a positive and constructive dialogue – but at this stage “all options remain on the table.”

In particular, Borrell warns that “the exploratory talks between Greece and Turkey and the negotiations for the solution of the Cyprus problem must reach a satisfactory conclusion and cannot continue indefinitely, as time is not our friend in this case.” He rightly said that “normalisation of EU-Turkey relations will remain extremely challenging in the absence of a solution to the Cyprus issue.”

Borrell also warned of political and economic consequences if Turkey reverted back to “renewed unilateral actions or provocations in breach of international law, aimed at causing prejudice to the interests of the EU and its member states, in particular in the East Med.” This is a pre-requisite both for Greece and Cyprus.

This was reinforced by Ursula non der Leyen who emphasised that if Turkey reverts to unilateral, confrontational, actions, the EU will stop its positive approach.

So far, in general Turkey appears to welcome progress on a positive agenda and declared readiness to work with the EU to enhance regional peace and stability and promote common interests. This now must be followed by commensurate actions in its negotiations with Greece, especially on East Med maritime differences, and in the forthcoming five-party conference on the Cyprus problem later this month.

However, there are no signs of a positive breakthrough so far, with some of the negative rhetoric continuing within Turkey – perhaps for internal political consumption, but nevertheless worrying, putting Turkey’s sincerity into question – suggesting continuous caution.

This time round the new US Administration is working more closely with the EU on matters relating to Turkey, the East Med and the wider region.

On March 11, US Secretary of State Anthony Blinken expressed his concern for Turkey’s provocative actions. He said “We have looked with real concern over the last year and of course more recently, at some of the actions taken in the East Med, particularly by Turkey… It is very important that the US stands up and engages in advancing stability sovereignty and territorial integrity of all parties … and insists that any disputes that arise will be resolved peacefully, diplomatically, not militarily, not through provocative actions”.

Should Turkey choose to return to unilateral actions, aggression and provocations in breach of international law, in particular in the East Med, it will meet combined punitive measures from both.

In its dire economic state, Turkey has much to gain by engaging constructively and cooperating with the EU based on the recommendations drawn out of the Borrell plan – something that the US also fully supports. Borrell concludes that achieving co-operation with Turkey would be a major contribution to future European stability.