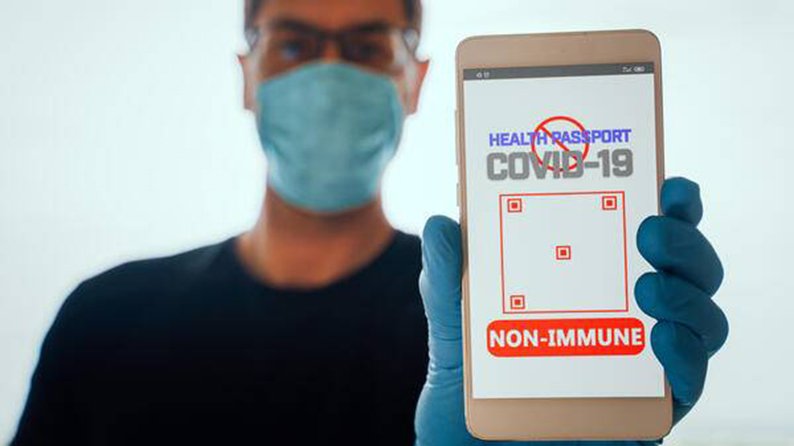 Not since the 1930s and World War II have states arrogated to themselves such wide powers impinging on human rights and fundamental freedoms as they did in 2020-21.

Governments contemplating vaccination passports to combat Covid 19 as countries emerge from the pandemic now that mass vaccination seems to have tamed the virus, would do well to study proportionality in human rights law.

Not since the 1930s and World War II have states arrogated to themselves such wide powers impinging on human rights and fundamental freedoms as they did in 2020-21.

In Nazi Europe they murdered and tortured and persecuted and plundered and committed crimes against humanity unrestrained by human rights law, whereas during the pandemic, countries suspended human rights not because they were in the grip of delusional eugenics but because a deadly highly-infectious virus forced them to suspend normal human rights and freedoms.

Indeed it was because of the wanton violation of human rights in Europe between 1933 and 1945 culminating in the Holocaust that the European Convention on Human Rights (ECHR) and the International Covenant on Civil and political Rights were agreed by states after World War II.

The way human rights protection works in Europe nowadays is as simple as it is effective and is the least legal subject known in the books. First human rights protection requires democratic governance. In democracies, elections return representative governments in accordance with the principle of majority rule. This is by its nature an imperfect system but it is the best devised by man provided human rights and fundamental freedoms are protected from majoritarian domination. Governments cannot pass any laws they like or govern arbitrarily just because the majority wish it; they have to respect the rule of law and the human rights of everyone within their jurisdiction.

Human rights inhere in people not by virtue of their citizenship or voter power but by virtue only of the fact they are human – Immanuel Kant’s categorical imperative not to treat human beings as a means to an end but as an end, lies at the heart of human rights law.

The ECHR does not protect individual rights chosen randomly from the vast array of rights one can imagine but only those rights and freedoms that are universally accepted as essential to human dignity in civilised countries.

That said, the categories of rights are not closed, and member states of the Council of Europe attached a number of protocols to the ECHR adding a number of rights since the ECHR came into force in 1953. For example, the right not to be imprisoned for a civil debt, the right of nationals to freedom of movement within their country and the right not to be expelled or refused entry in the country of one’s nationality were added by Protocol 4.

There is also hierarchy of fundamental rights amongst recognised rights. There are rights that are absolute and rights that are qualified depending on the value placed on them by society.

The right to life and freedom from torture and slavery are absolute, which means states cannot limit or derogate from them even in times of national emergency. By contrast qualified rights are limited. Rights to liberty, family, education and the right to manifest one’s religion in community with others are all qualified.  So also are freedoms such as of association, assembly, and movement, all of which  were limited in most countries during the Covid 19 pandemic

Any limitations placed on qualified rights require legal back up and must be necessary in the interests of public order, public safety, public health or the protection of the rights of others. This means proportionate to a legitimate aim in the public interest.

In a public emergency all qualified rights – but not absolute rights – can be derogated from completely but only “to the extent strictly required by the exigencies of the situation.” In other words, any derogation has to be proportionate to the threat to the nation.

If a country avails itself of the right to derogate it has to keep the Secretary General of the Council of Europe fully informed of the measures it has taken in derogation from its obligations and its reasons –  and in due course the date on which it returns to the fold and becomes human rights compliant again.

So far only six countries of the 47 member states of the Council of Europe have declared states of emergency under ECHR law in order to deal with the Covid 19 pandemic: Armenia, Estonia, Georgia, Latvia, Moldova and Romania. Italy and Spain have declared states of emergency internally but have not invoked the right to derogate from their obligations in respect of qualified rights under the ECHR.

Limiting qualified rights or derogating from the ECHR by suspending rights completely are ways of achieving the same result but both have to be proportionate – in the case of Covid 19 to dealing with the threat from that disease. The test is whether the threat constitutes “an exceptional situation…which affects the whole population and constitutes a threat to the organised life of the community…”

But whereas a measure like a complete lockdown when the infection rate, death toll and hospital admissions are all high is necessary and proportionate, a general requirement to provide a vaccination passport for access to goods and services within a country is not as obviously proportionate.

There is a paradox here in that mass vaccination is designed to eradicate the virus but once it succeeds the emergency is not as obvious and the need for vaccination passports would have to be a lot more selectively targeted to be proportionate.

Human rights law acknowledges this type of problem which is why it developed the principle that states have a wide margin of appreciation in such matters. Thus, it will be for states to determine the grey area between the end of the pandemic and the return of normal times but also the activities, gatherings or services for which vaccination passports could be required.

So for example vaccination passports may be required internally to attend football matches and other public events such as concerts and cinemas but not for supermarkets and public transport. As for individual providers of goods and services,  states will probably have it to leave it to the individual citizen to decide.

Russia was and will be a reliable partner