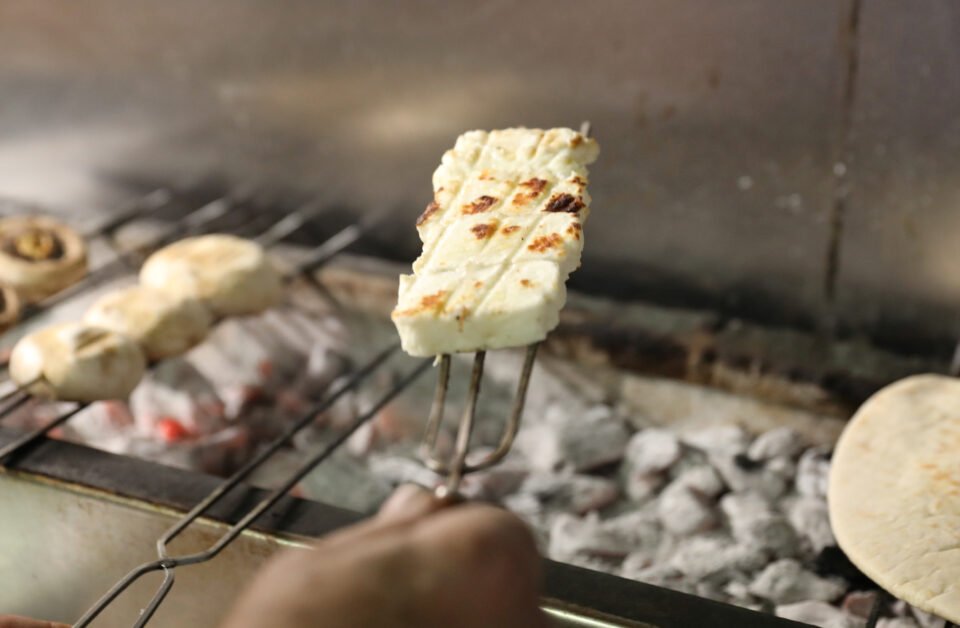 The European Commission on Monday officially registered halloumi as a protected designation of origin (PDO) so that only halloumi produced in Cyprus and according to the product specification can use the registered name.

“The registration allows producers of this iconic Cypriot cheese, famous around the world for its characteristic texture, folded appearance, and suitability for serving grilled or pan-fried, based anywhere on the island of Cyprus to benefit from the PDO status,” the commission said in an announcement.

The move to protect the name against imitation and misuse across the EU is expected to bring clear economic benefits to the island and will help bolster trust between the two communities, the commission said.

So that producers in the Turkish Cypriot community can benefit, the commission also adopted a measure allowing the PDO product to cross the Green Line, provided that the cheese and milk from which it was made has met all EU animal and public health standards.

The two measures, that give effect to the Common Understanding on the cheese reached in 2015 is to be implemented pending the reunification of Cyprus, the commission said.

The symbolic aspect of halloumi helping to bring the two communities closer was highlighted by Commissioner for Cohesion, Elisa Ferreira, who is also responsible for the Cyprus Settlement Support. Ferreira spoke of a “a major achievement with political and economic significance for the entire island of Cyprus”.

And she added: “It shows that mutually beneficial solutions are possible, as well as the important role of the commission in bringing them about. The implementation of these arrangements, in a spirit of cooperation, should contribute to bolster trust and confidence between the two Cypriot communities. The commission will continue to play an active role with a view to achieve a comprehensive and lasting solution to the Cyprus problem.”

Agriculture Commissioner Janusz Wojciechowski noted that the PDO registration arrangement ensures equal and fair treatment for all producers on each side of the Green Line.

And Health Commissioner Stella Kyriakides, said the unanimous endorsement of all member states safeguards not only a unique national product of Cyprus, but also the EU’s strict sanitary protections, which are paramount for food safety.

“The two communities in Cyprus can now reap the economic benefits of this decision, pending the reunification of the country, while ensuring that our stringent food safety standards are upheld,” she said.

In Nicosia, Agriculture Minister Costas Kadis welcomed the decision which comes into force on October 1, 2021 noting that it will protect the product throughout the EU and in countries with which the EU has trade agreements. Today’s decision was the result of concerted efforts and will benefit all Cypriot producers, Greek and Turkish, he said and added: “It is a historic, positive development for Cyprus and an excellent investment for our generation and the generations to come.”

According to Monday’s announcement, the measure accompanying the registration of halloumi as a PDO aims at ensuring that the animal and public health situation in the EU as well as food safety are not compromised.

It also establishes the conditions for trade to take place including provisions on controls. In addition, the milk processing establishments will have to be in compliance with the relevant public health rules.

The main features of the package are:

The name “Χαλλούμι (Halloumi)/Hellim” is now in the register of protected designations of origin and protected geographical indications. Only Χαλλούμι/Halloumi/Hellim produced on the island of Cyprus and according to the traditional recipe can now be marketed in the EU under that name.

A workable arrangement will be set up to ensure efficient PDO controls throughout Cyprus, which will be closely monitored by the commission.

A measure lifting the prohibitions of movements of certain animal products on the island of Cyprus, pending its reunification, and laying down certain conditions for the movement of those products to allow the production of ‘Χαλλούμι’ (Halloumi)/‘Hellim’ (PDO) across all Cyprus.

A private inspection body will be appointed to conduct inspections of farms and dairies in the Turkish Cypriot community to ensure that they comply with all EU health and hygiene rules. Only Χαλλούμι/Halloumi/Hellim that meets all EU health standards can be traded across the Green Line.

As part of the package, the decision foresees the possibility of setting up a working group to be chaired by the commission and composed of representatives from the two Cypriot communities.