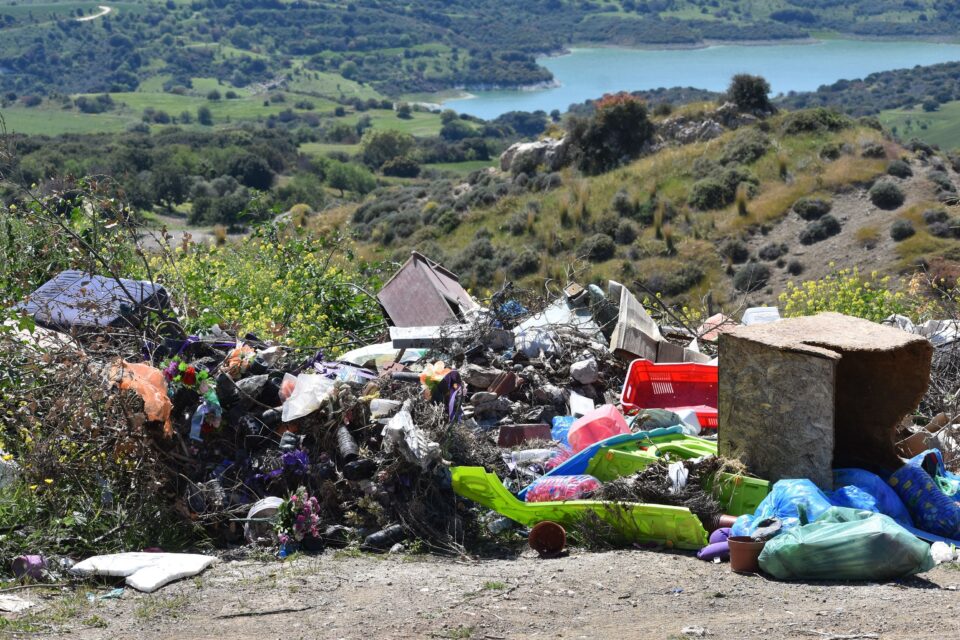 The rubbish dump with Evretou reservoir in the background

Paphos environmentalists are pushing for the creation of green spots to serve village communities, as illegal dumping is way out of hand.

“Making green spots where people can take their rubbish is the only way to solve the problems of illegal dumping in the Cyprus countryside,” Andreas Evlavis of the Paphos Green party told the Cyprus Mail on Tuesday.

“Otherwise it will remain for generations to come,” he said.

The issue has been brought to the fore after dozens of members of the public contacted the Greens to complain about the creation of an ‘illegal landfill’ in Filousa, close to the Evretou dam in the Paphos district.

Evlavis visited the area on Monday and said it is crammed with all sorts of garbage.

“Following complaints, I visited the area of the Evretou dam. At a distance of about half a kilometre from the community of Filousa, I found a terrible sight. Garbage, garden waste, bottles full of burnt oils and other rubbish all go to make a disgusting image,” he said.

He also noted that the dump is close to a newly built house.

“Surely no one would want to live next to a rubbish tip with all that entails,” he said.

People dump with impunity, a lack of environmental education, and no conscience whatsoever in such matters, he said.

“The responsibility of the public is enormous and there is no excuse.”

The Greens are pushing hard to establish green spots that would serve five to ten different villages in certain areas, and say that they are the only solution to fixing the ongoing blight of illegal dumping, he said.

“It is obvious that the creation of regional green points will finally solve the problem that plagues the countryside. Such projects will give the local residents the right to the quality of life, and these should not just be pre-election promises.”

Evlavis has informed the Paphos District Officer of the dump, and she has assured that she will contact the local community leader to remove the rubbish, he added.

“We call on those in charge to take immediate measures to restore the countryside. I hope that the local community council and department of environment work together to solve this issue immediately,” he said.

Our View: Goodwill needed if crossings ever to be reopened