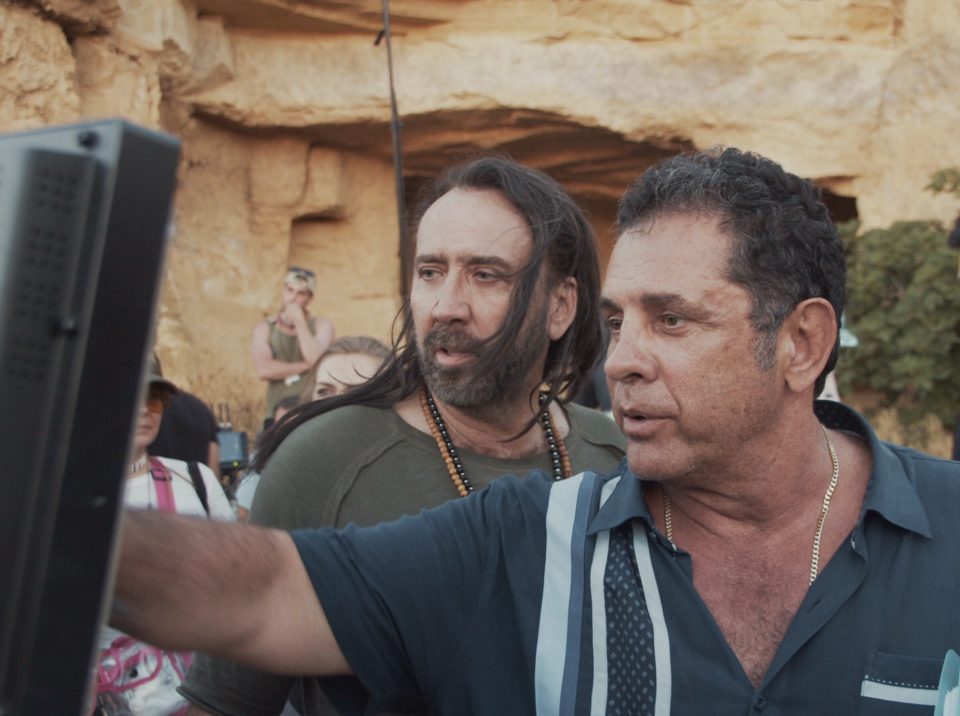 In a sometimes heated press conference, the producers behind Jiu Jitsu – the Nicolas Cage sci-fi/action film that was shot here in 2019 – announced their decision to pull out of Cyprus, saying they intend to take legal action against the government.

According to Chris Economides and Dimitri Logothetis (a Cypriot and an American citizen, respectively), the continued non-payment – after over a year – of the almost €8 million which the film’s investors are owed, makes it impossible to shoot Logothetis’ new film Man of War here. Jiu Jitsu (which Logothetis also directed) was made under the cash rebate scheme launched by the Cyprus Investment Promotion Agency (CIPA).

The final straw, according to the producers, was a report by auditor-general Odysseas Michaelides on March 26, on the scheme in general and Jiu Jitsu in particular, which they call “completely false”, ignorant of how such schemes operate, and potentially defamatory.

Economides didn’t mince his words on the “incompetence” and “tragic failure” of Cyprus, which has resulted in filmmakers getting mired in petty local politics and production money choosing to go elsewhere – since, after all, similar schemes operate all over Europe.

“What it means for Logothetis to leave,” he explained, “includes the $120 million which he’d agreed to bring to Cyprus to make three other films, it includes Man of War which is [budgeted at] $37 million, it includes Jiu Jitsu 2” – still in the early stages – “which might be another $24 million”.

He also mentioned the $600 million Czech investment fund behind Jiu Jitsu, which has backed five other movies in the past two years – but is surely not coming back here, after all that’s happened.

Economides was also scathing about the auditor-general – albeit making clear that he doesn’t consider him to be dishonest, merely uninformed. “He only started taking an interest in the sector in 2019, because of the scheme,” he pointed out. “I’ve been in this business for 40 years.”

He especially noted the unfairness of the auditor-general wrongly pointing out supposed irregularities without first asking for an explanation, as well as “exceeding his remit to become a film-critic-general” by examining the film’s box office and critical reception – which are irrelevant to the rebate scheme anyway.

The producers also put out a statement showing that the government actually stands to make money from Jiu Jitsu – a ballpark figure of €960,000, when the rebate money (assuming it ever gets paid) gets stacked against the direct and indirect taxes it can collect from the film’s contribution to the local economy.

A further irony, said Economides, is that Man of War was all set to go, contracts had been signed with local crew (who have now lost their jobs) and locations had already been found in the Nicosia area – a big feather in our cap given that Cyprus, having already played Myanmar in Jiu Jitsu, would now be playing California.

However, the continued non-payment, coupled with the auditor-general’s report, led to the local bank that was lending money based on the rebate to cancel the deal, saying the scheme didn’t seem reliable.

Consequently, said Logothetis, “I can no longer make the movie here… I’m not going to make Man of War here, I’m going to take it somewhere else” Given that last-minute change, bad publicity for Cyprus is inevitable.

“This does not end here,” declared Economides, confirming that legal action is being planned. Nonetheless, the producers’ involvement with Cyprus and our mismanaged rebate scheme does apparently end here.

“If you don’t pay on time,” said Logothetis, “and you don’t treat a producer properly – they’re going to leave. And so, you win. Everybody wants to win an argument – fine, you won the argument. We’re gonna take our movie, take our money, and we’re gonna go somewhere else. Thank you.”

It’s too bad, said his Cypriot partner, because “we have an amazing scheme, one of the most progressive in the world”. It just needs a few tweaks, he added, which should already have been made in the past three years – but the scheme should nonetheless be embraced, for the sake of future producers.

He and Logothetis, however, “are done with Cyprus”.

Tired all the time? Here’s how to stay energised

Warning issued to supermarkets over May Day holiday (Updated)