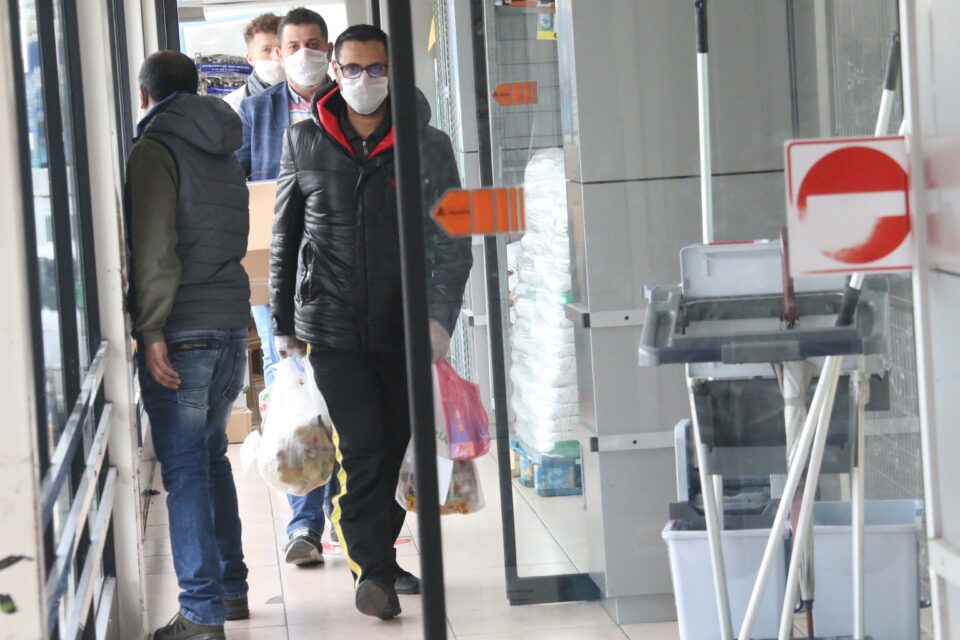 In a clear warning to the supermarket sector, Labour Minister Zeta Emilianidou said on Thursday that the law explicitly prohibits shops to open on May 1 and the government would make sure it was adhered to.

She found immediate backing from the trade union confederations Peo, Sek and Deok who urged supermarkets to respect the ministry, the May 1 holiday and their workers.

This year’s Labour Day falls on the Saturday before Greek Orthodox Easter which is one of the busiest days as consumers shop for the Easter Sunday festive table.

Both supermarkets and butchers have been pressing the labour ministry to allow shops to open, despite the holiday. They argue that the specific shop law cited by the ministry to reject their calls has been ruled as unconstitutional and insist that closing on Saturday would create a huge crush of shoppers on the Friday, in violation of coronavirus protocols.

The supermarkets association went further, saying that if the minister’s decision was not revoked those of their members who wanted to would open.

Emilianidou picked up the gauntlet on Thursday to stress that the May 1 holiday was not subject to government decisions but provisions of article 23 on the law on shops and employment conditions of their employees which does not give any body discretionary power to decide differently.

“We have clarified in the most explicit way in every direction that any discussions aiming at violation of the law and at illegality will not be held,” she said.

The minister said that the supermarkets’ association was mistaken in saying the law was inactive or in any way unconstitutional.

“The ministry assures both businessmen and employees that the law will be fully implemented with inspections at all the general shops during the May 1 holiday and particularly as regards supermarkets, taking into consideration the unprecedented public statement of the supermarkets’ association that they intend to break the law,” she said.

Emilianidou clarified that the supreme court had ruled as unconstitutional only a few specific provisions introduced by parliament regarding the setting of shopping hours by law, while clarifying at the same time that this right belongs to the executive.

These provisions have since been amended by parliament based on the observations of the supreme court, restoring the authority to the minister to set shopping hours by issuing decrees, she added.

“In view of the above, everyone would have expected that the Pancyprian Supermarkets Association would at least recognise the legally-protected right of employees to the May 1 holiday which is their celebration. The celebration of the worker. Of the worker who works tirelessly every day, particularly in these unprecedented conditions of the pandemic, to offer the best possible service to the rest of society,” she concluded.

In a joint statement, the three trade unions said the association’s decision for supermarkets to open at their discretion, was shameful and showed disrespect to the institutions and laws of the state and of the Republic.

The supermarkets’ argument of crowding was frivolous, adding that the trade union movement would not accept threats.

Jiu Jitsu producers pulling out of Cyprus, second movie had been set to go