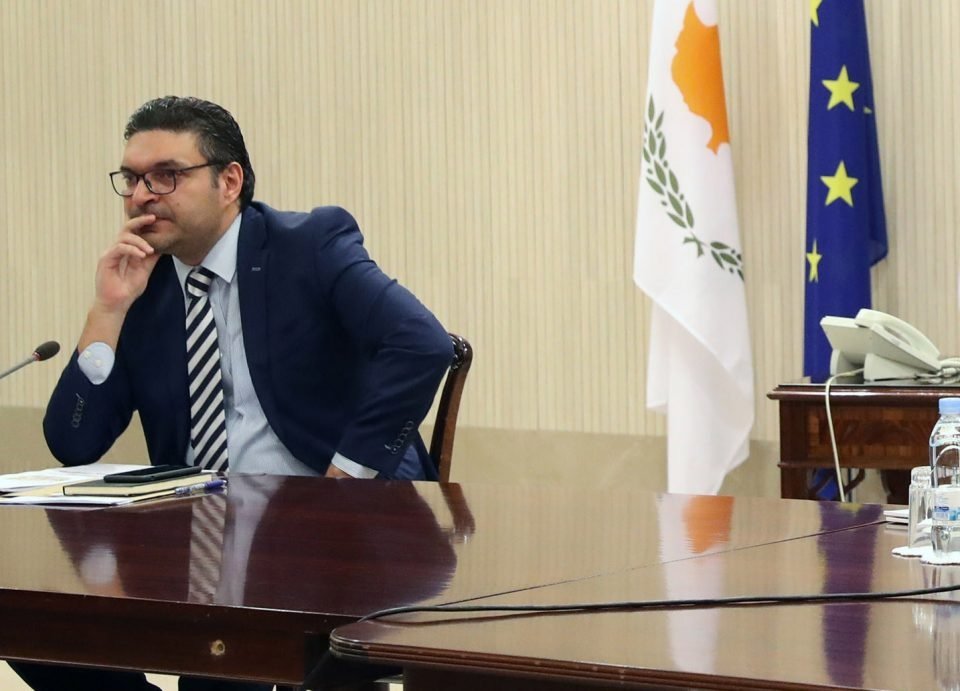 Finance Minister Petrides has a plan for economic recovery.

Cyprus Finance Minister Constantinos Petrides on Tuesday outlined a plan that integrates the European instrument, the “Recovery and Resilience Facility” with the strategy for the country’s economy.

First of all, full recovery is expected to take until 2022, but a rebound is expected to materialise in 2021, of the magnitude of around 3.5 per cent, notwithstanding risks, Petrides told the 11th Nicosia Economic Congress.

The Cyprus government has prepared a national plan that has a “green and digital aspect,” and includes a series of other structural reforms, from the justice system to education to local government reform.

“If I had to squeeze my moonshot for the next decade in a single phrase, it would be the following: A business-friendly green and digital economy that nurtures entrepreneurship, for the benefit of all,” Petrides noted.

“This might sound like a cliché but it’s not. Not going ‘green’ is not an option. The French President, Mr Macron, couldn’t have put it better when he said that “there is no Planet B’. We have to act boldly and fast,” the Minister insisted.

Not going “digital” is also not an option, he continued.

“The use of new technologies in a rapidly changing world is a prerequisite for remaining competitive, otherwise you risk staying behind. We need to provide a series of digital services to citizens and through this digital transformation, to transform the fabric of the state itself,” he said.

The fact that the Government has full ownership of the Plan is very important for the success of its implementation, Petrides pointed out.

“This plan, which will basically constitute the blueprint for our growth policies for the years to come, includes a combination of investments and reforms that will be undertaken for a period of six years. I strongly believe that this could be a gamechanger regarding the sustainability of the recovery and the rationalisation of the Cypriot economy.”

But Petrides emphasises the important of linking recovery projects to reforms; many of the major projects in the plan depend on legislative changes.  However, we need to absorb the totality of funds, and secondly and most importantly, we need to properly implement the reforms that come with it.

“In this context, it has to be understood that the national Recovery and Resilience Plan does not concern only the Government, it concerns the whole country.  It is an opportunity to build a broader consensus. But it is primarily a huge stake that we must all win together. This is why I have personally engaged in extensive discussions with the political parties regarding the reforms included in the Recovery and Resilience Plan, so as to ensure maximum support,” Petrides said.

Battered economies eye the wealth of the sea