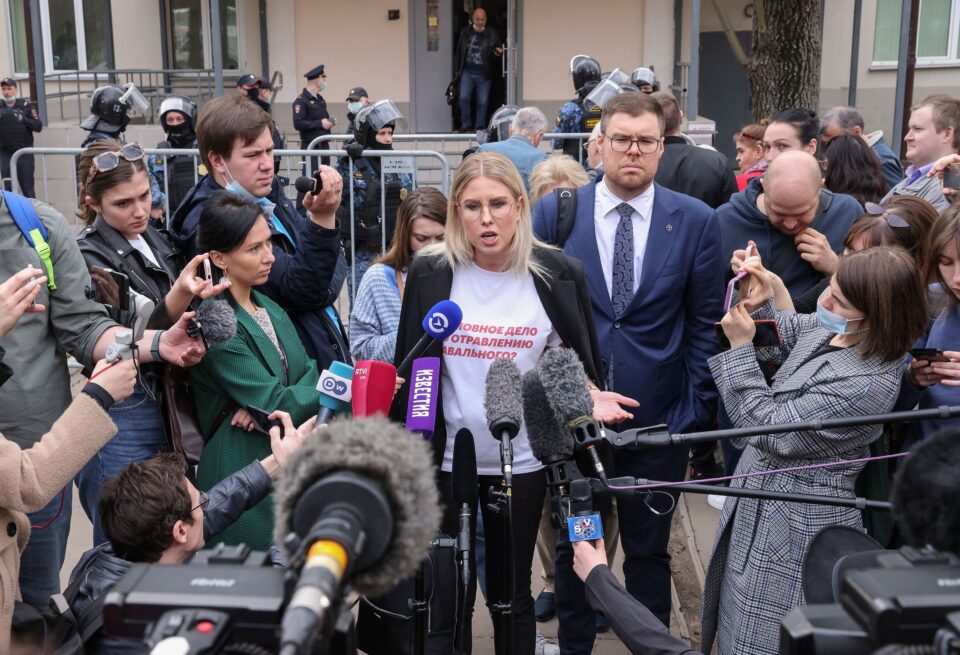 Two of Alexei Navalny’s closest allies were arrested on Wednesday, their lawyers said, at the start of a planned day of mass protests in support of the jailed Kremlin critic as President Vladimir Putin delivers his state of the union speech.

Lyubov Sobol, one of the faces of Navalny’s popular YouTube channel, and Kira Yarmysh, his spokeswoman, were both detained in Moscow.

Navalny, Russia’s leading opposition politician and a thorn in Putin’s side for the past decade, is gravely ill in prison after a three-week hunger strike. His team have urged people across the vast country to take to the streets on Wednesday to demand life-saving medical treatment for him.

The government has said the planned gatherings are illegal. Previous pro-Navalny rallies have been dispersed by force, with thousands of arrests.

Police detained at least 10 opposition activists in several Russian regions ahead of the protests, according to the OVD-Info monitoring group. Police raided apartments of Navalny supporters in St. Petersburg, Krasnoyarsk and Yekaterinburg. A journalist’s apartment was also raided in St. Petersburg.

“As usual, they think that if they isolate the ‘leaders’, there won’t be any protest,” said Leonid Volkov, a close Navalny associate. “Of course that’s wrong.”

Another Navalny aide, Ruslan Shaveddinov, tweeted: “Right now across the whole of Russia they are detaining potential protesters. This is repression. This cannot be accepted. We need to fight this darkness.”

Putin, who makes a point of never uttering Navalny’s name, has said his speech to both houses of parliament will focus on projects to boost economic growth, which has been hit by foreign sanctions, low oil prices and the coronavirus pandemic.

He is also expected to address the deep crisis in Russia’s relations with the West, including over its build-up of tens of thousands of troops on the border with neighbouring Ukraine.

Since last week, the United States tightened sanctions on Russia over accusations Moscow hacked computers and interfered in elections, and the Czech Republic accused Moscow of a role in explosions at an arms depot in 2014. Both expelled Russian diplomats, as did Bulgaria and Poland. Russia denied wrongdoing and responded with tit-for-tat expulsions.

As Putin starts his address at noon (0900 GMT), demonstrators in the far east port of Vladivostok are expected to take to the streets in the first of a wave of rolling protests across Russia in support of Navalny.

The 44-year-old, who survived a nerve agent poisoning last year that Russia denies carrying out, was sentenced in February to 2-1/2 years for parole violations related to an embezzlement case that he says was politically motivated.

He went on hunger strike on March 31 over what he said was the refusal of prison authorities to provide him with adequate treatment for acute leg and back pain. Officials say he has received normal medical care.

Navalny’s team has said protests will be held in more than 100 cities and towns, including the Moscow square near the Manezh exhibition hall where Putin will give his address.