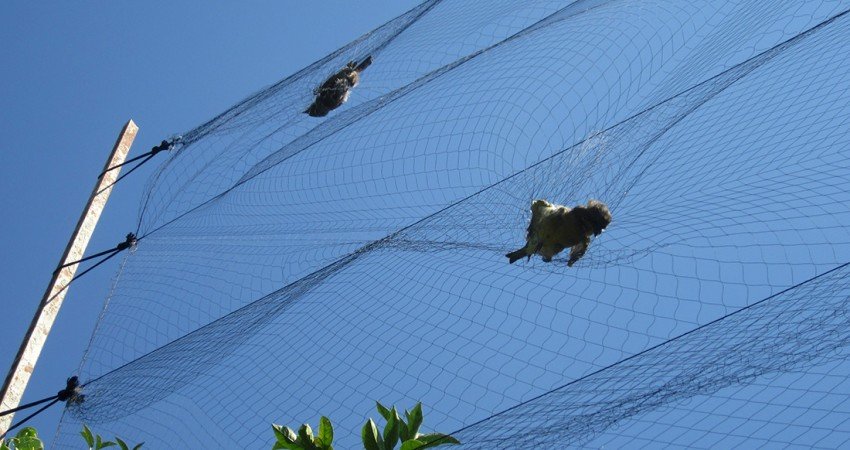 The British bases have recorded a close to 95 per cent reduction in the illegal trapping of ambelopoulia, also known as black caps, it was announced on Thursday.

These findings were announced at an international webinar hosted recently by BirdLife Cyprus.

According to the bases, police officers in charge of the Community Action Team (CAT) tasked with combating bird trapping, presented its results and action plan at the webinar.

The officers “revealed a close to 95 per cent reduction in the illegal trapping of ambelopoulia, also known as black caps.”

In previous years, the bases said, the most common and effective method of trapping was use of mistnets, where the helpless birds are lured into nets by bird-sound devices and then killed and sold as an underground ‘delicacy’ in restaurants.

Superintendent Andreas Pitsillides, who heads the bird trapping steering group, has been at the heart of the police’s efforts to combat the illegal activity in the eastern bases area. Explaining why the dedicated CAT team have achieved such great results, he said: “We have and will continue with the same determination to combat this illegal activity by applying a zero-tolerance approach on bird trapping activities and we aim to reduce it even further and hopefully even eradicate the problem by working alongside our key partners and non-governmental organisations.”

“I am very grateful to all of the key stakeholders and members of my steering group and the Police CAT team for their dedication and commitment in delivering these outstanding results and saving thousands of migrating birds,” Pitsillides said.

He warned, however, that despite feeling proud of the team’s efforts, complacency should not be allowed to creep in and he said it was imperative that they continued with the same positive momentum as the trapping season fast-approaches.

“We should not be complacent as the bird trappers could easily return to these illegal activities due to the high monetary gains,” he said.

“We look forward to this problem being eradicated and we can hopefully see a culture shift among many towards wildlife protection and biodiversity in general,” he added.

Bird trapping with mist nets and limesticks is a damaging and non-selective practice that affects over 150 species of birds, mostly migratory. The main killing season is autumn, when the bird  trappers are after Blackcaps Sylvia atricapilla to be sold as illegal but highly lucrative ambelopoulia ‘delicacies’.

The bases have been actively trying to clamp down on illegal bird trapping in recent years with patrols, surveillance methods, such as filming to catch trappers and steep court sentences.

Strange things that happen to your body during exercise

On track to luxury: the top 10 premium train travel experiences