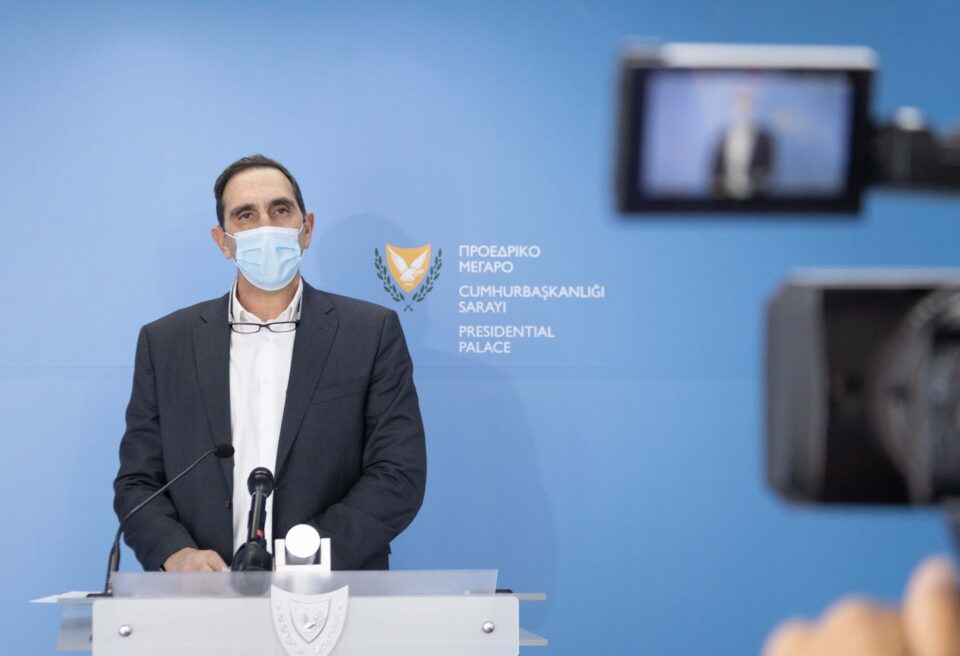 The government on Friday imposed a fresh lockdown for two weeks between April 26 and May 9 in a bid to stem the rapid spread of Covid infections, which are threatening to overrun the island’s health system.

The lockdown will be lifted on May 10 but visiting crowded venues will require negative Covid tests or being vaccinated or having gone through the illness inside the past three months. Venues include catering, places where people gather, gyms, retail outlets, theatres. It was not immediately clear if it included supermarkets as well.

“We cannot remain indifferent to the rising number of infections together with the intense pressure on the health system because of the large number of hospitalisations,” Health Minister Constantinos Ioannou said.

The minister said the situation required “difficult decisions and drastic measures” In a bid to stem the spread of the virus in the community and reduce the number of hospitalisations.

The new measures include a 9pm to 5am curfew with the exception of people travelling to work or health related movement.

Gatherings are also banned, irrespective of venue and only one outing per day will be permitted via text message. No text will be required for those going to a vaccination centre.

The operation of hospitality venues, including those in shopping centres, is suspended with the exception of delivery and take away. Only delivery services are permitted after 9pm.
Shops, apart from those selling food and drink or other essential items will also close.

Easter Sunday is exempted from the restrictions, the minister said. Apart from the permanent residents, people from two other families can be at a home, provided their number does not exceed 10 persons, including minors.

Places of religious worship other than Holy Week will operate without the presence of worshippers. Weddings, christenings, and funerals can have a maximum number of 10 people.

This angered the archbishop who stated there would be no compliance with these measures because they were already following all protocols in churches and he threatened legal action. He also said many among the congregation had been vaccinated.

Later in the day, it was announced that people could attend church services throughout the entire Holy Week with conditions.

Between Holy Monday and Holy Friday only up to 50 people will be allowed inside churches – those who have received at least the first dose of a vaccine, at least three weeks prior. They must present their vaccine certificate. People will also be allowed outside the church. These will not have to be vaccinated but must be seated and observe physical distancing and other health protocols. People attending church services must make sure they are back home before 9pm when the curfew starts.

As regards Holy Saturday, again, up to 50 people will be allowed inside the church but on this occasion, not only people who have been vaccinated but everyone. The curfew will be extended until an hours after midnight to accommodate those churchgoers. Worshippers will be allowed in church courtyards on Easter Sunday but must be seated.

The order mandates work from home for at least 20 per cent of workers in public services, apart from those deemed essential.

Private businesses can have 20 per cent of their staff present, with three being the minimum and 25 the maximum.

The number of staff requiring testing is raised to 50 per cent. Businesses where up to five people would be present must test all of them.

Outdoor and indoor cinemas, theatres, and other halls will close.

Gyms, dance, and other schools will also close. Personal training outdoors will be allowed provided there are only two people.

All group private tuition is banned, as well as sports and social activities involving children under 18.

The return to the lockdown followed the steep rise in infections in recent days, which health authorities expect would also translate in more hospitalisations.

Medical staff had made dramatic appeals in the past couple of days, warning that they were being forced to treat people in hallways and ambulances because of bed shortages.

“We cannot ignore the agony expressed by health professionals who have assumed the task of treating our fellow citizens in Covid wards and intensive care units,” Ioannou said. “The health system is under immense pressure and we need to ensure that the provided health services will continue to be high level.”

Ioannou said the epidemiological situation was aggravated by the highly transmissible coronavirus variant first identified in Britain, which contributed to the rise in infections among younger ages.

He said vaccinations were the only way to halt the aggressive transmission caused by variants and the government was ramping up the vaccination rate in a bid to cover as many people as possible with at least one dose.

“I once more extend an appeal to everyone to vaccinate without hesitation and delay.”

The story of the French Resistance fighter who loved art