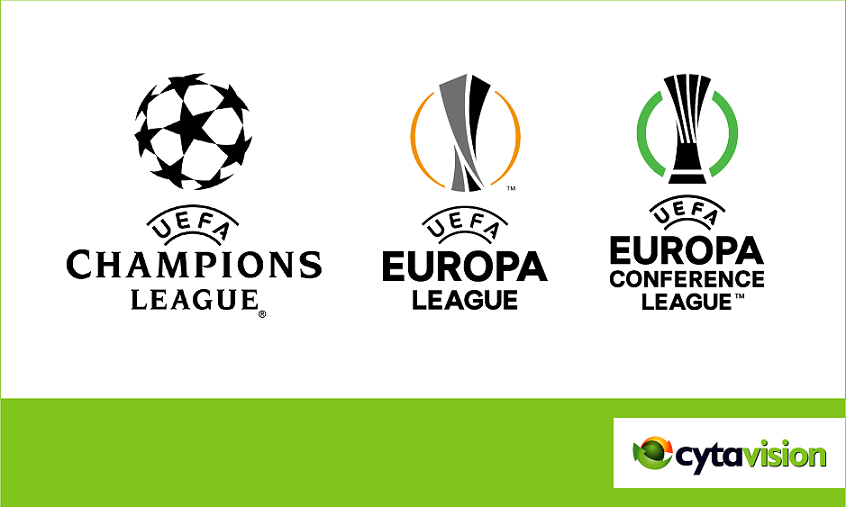 Cyta has secured the exclusive TV rights to broadcast the games of the UEFA Champions League (UCL), the UEFA Europa League (UEL), the UEFA Youth League (UYL) and the new UEFA Europa Conference League (UECL) for the three-year period 2021-2024.

The rights were awarded to Cyta through a tendering process, marking 15 consecutive years of UEFA games being shown on Cytavision.

“Ensuring the broadcasting rights of UEFA leagues is a practical implementation of our strategy to offer rich and quality sports content to our customers,” noted Cyta Consumer Marketing Director Petros Charalambous. “As of this year, matches of the new UEFA Europa Conference League will be broadcast in which Cypriot teams are expected to participate widely.”

For his part, commenting on the award of UEFA rights, UEFA Events SA Marketing Director Guy-Laurent Epstein stated that: “UEFA is delighted to be continuing its long-standing partnership with Cytavision into the 21-24 cycle”.

“The renewal ensures football fans in Cyprus will continue to enjoy high-quality and extensive coverage of the best of European club football,” he added.

Together with a large variety of football from international leagues and other popular sports, such as basketball, volleyball, tennis and motorsport, UEFA games will continue being screened as part of the additional ‘International Football and other Sports’ package, for a monthly fee of €12,90 (incl. VAT). Subscribers to this package can also watch all games and sports events irrespective of location via the CytavisionGo application.

BidX1 offering €8m-worth of assets in May 26 online sale