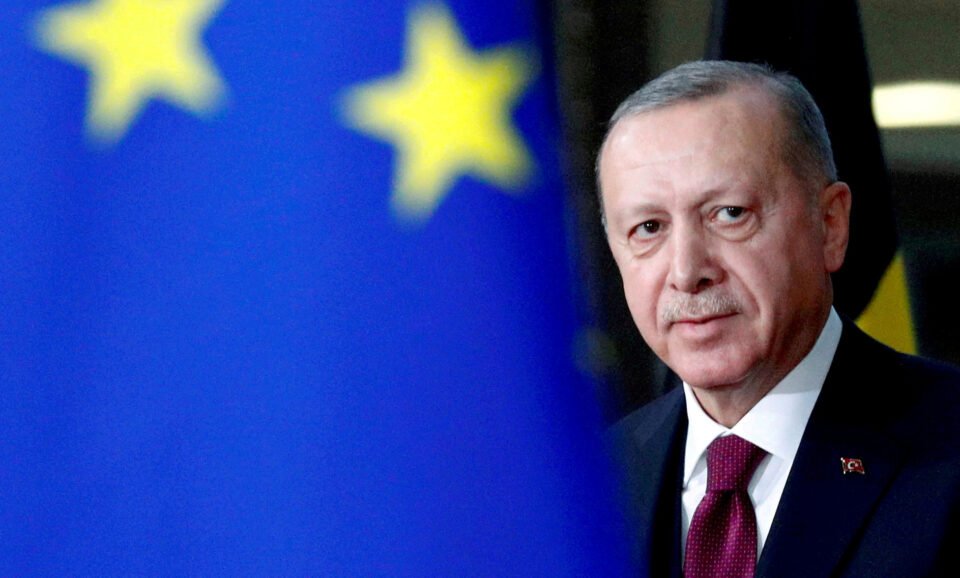 Turkey‘s membership negotiations to join the European Union should be formally suspended if Ankara continues on its autocratic track, EU lawmakers said on Friday, saying a decision was urgent as basic freedoms in the country are curtailed.

Lawmakers in the European Parliament’s Foreign Affairs Committee voted 49 in favour, four against and with 14 abstentions on their report on Turkey‘s EU candidacy, which now goes to the full plenary next month and, if accepted, becomes the parliament’s official position.

After years of stalemate on Turkey‘s bid to join the world’s biggest trading bloc, negotiations launched in 2005 have come to a halt, although they are not officially suspended.

EU governments say President Tayyip Erdogan’s crackdown on dissidents, and his increasingly autocratic rule with sweeping presidential powers lacking checks and balances, have taken the country on a path away from the bloc.

Turkey‘s hydrocarbon exploration of contested waters in the eastern Mediterranean has also angered EU leaders. Erdogan, whose government has launched what diplomats say is a charm offensive this year to seek better ties, has said he will walk away from EU membership talks if there is no progress.

“This report is probably the toughest ever in its criticism towards the situation in Turkey,” said Nacho Sanchez, a centre-left Spanish EU lawmaker who led parliamentary discussions.

“It reflects all that has unfortunately happened in the country in the last two years, in particular in the fields of human rights and rule of law,” he said.

EU officials and diplomats now say that Turkey no longer meets the democratic criteria to be considered a candidate, let alone a full member, for the EU, a club of democratic countries who aim to coordinate policy focused on human rights.

In the Foreign Affairs Committee report, EU lawmakers said the formal suspension of EU membership talks should take place, followed by a review, in order to consider other ways to maintain close ties with Turkey.

The European Union is Turkey‘s biggest foreign investor and biggest trading partner, while Turkey shares a border with Iraq, Syria and with Russia in the Black Sea.

The EU lawmakers’ vote took place on Thursday. The results were announced on Friday.