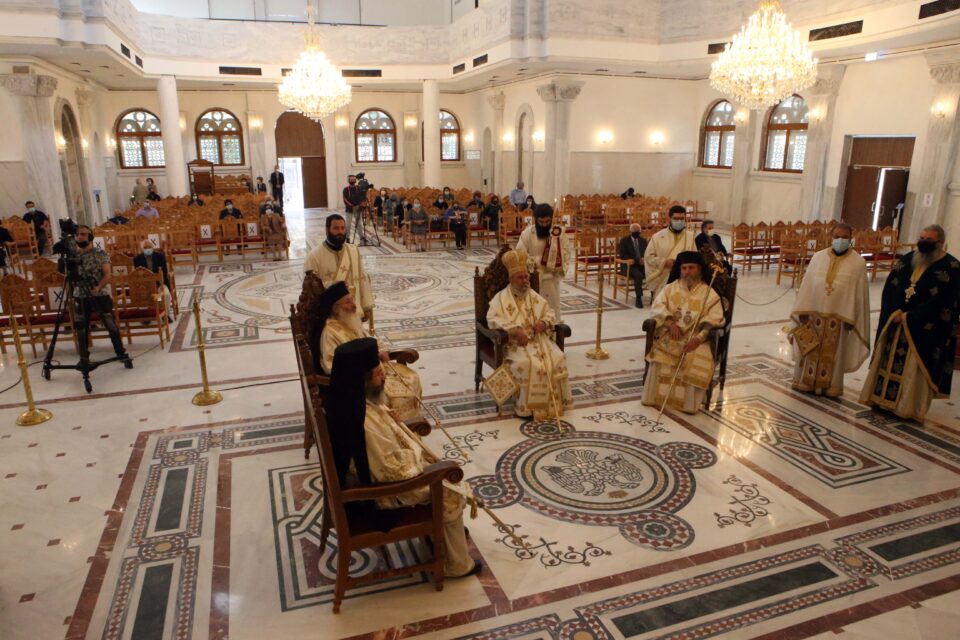 The first liturgy of the new Cathedral of the Archbishopric took place on Sunday, a day after it opened its doors to the public.

On Saturday, the inauguration of the cathedral took place in the presence of bishops and clerics of the Archbishopric as well as the ambassador of Greece to Cyprus, a representative of the Nicosia municipality, donors and the faithful.

Meanwhile, the Archbishopric announced a detailed explanation of how the church service will be held during the Holy Week.

It assured that all liturgies will finish in time for people to go back home before the 9pm curfew but for Easter Saturday where there is an exception allowing for movement until 1am (early Sunday).

Within churches, people will have to maintain distances and everyone must wear a mask, while people sitting outside people should also sit whilst maintaining a distance.

People wishing to worship the Epitaph will be permitted to do so in groups of 10 at a time.

The announcement also called on people to exit the church once they take holy communion so as to prevent crowding.

On Thursday and Friday, the church service will begin at 6pm and will finish no later than 8:30pm.

On Easter Saturday, the liturgy will finish in the early hours of Sunday (latest at 1am).