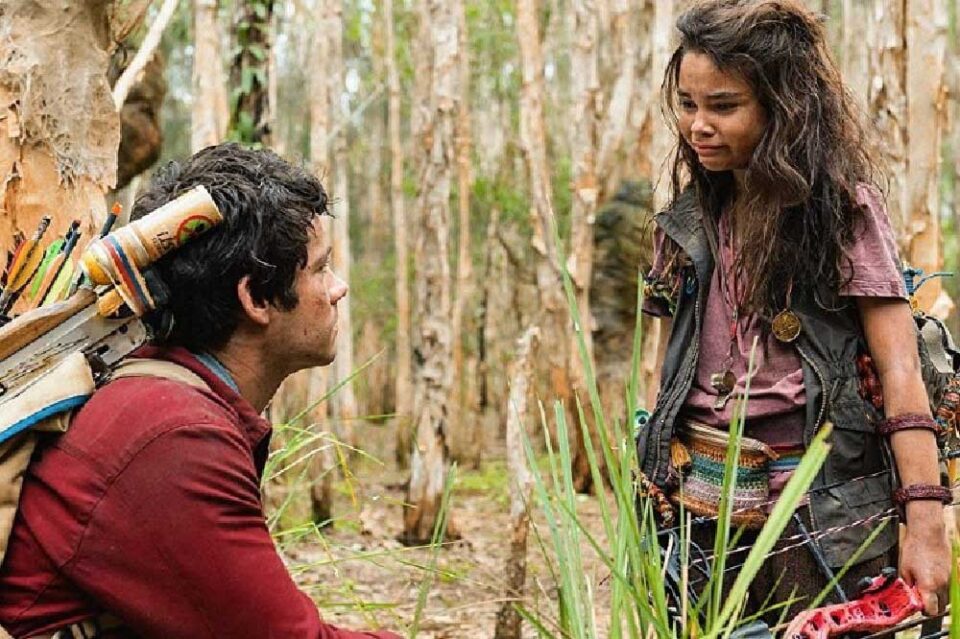 The day after the end of the world has always fascinated filmmakers. Will we come together as a society and rebuild? Will we turn on each other? Or will we chain Tom Hard to the hood of a car while a deranged psychopath riffs on a flame-throwing guitar? You know, everything is possible.

With Love and Monsters hitting Netflix this week, it is fitting to assess the best movies about the worst possible scenario available in Cyprus (Netflix, Amazon, Apple+). The end of the world as we know it.

So, if you want to do like R.E.M. and feel fine, these are our suggestions.

You all know the story by now. Boy meets girl, girl falls in love with boy, boy and girl see the whole of humanity destroyed by giant insectoid monsters. Love and Monsters doesn’t play out exactly like a post-apocalyptic movie though, to the point that it is almost a parody of one. More teen drama than horror, Love and Monsters tells the story of Jules Dawson, a teenager who has been hiding in a bunker with other survivors after the Earth was ravaged by monsters. Fed up with feeling useless, Jules decides to brave the outside world for a chance of love and visit his girlfriend’s community. Love and Monsters has its moments and it’s funny where it counts, making it a great idea for a quiet night in. Also, it has a dog which is always a plus.

The second instalment in the Cloverfield franchise, this movie tells the story of Michelle, a young woman who was trying to escape an unnamed global threat, only to wake up chained up in a bunker with two men. John Goodman puts the goofy characters of Roseanne and The Big Lebowski aside for the persona of controlling and paranoid Howard, a doomsday prepper who terrorises both Michelle and Emmet (John Gallagher Jr). Howard told both that the world was destroyed by chemicals and that they cannot exit the bunker for at least two years. Is Howard lying? Is the world now dead? Watch the movie and find out and once you are done with this one, you can always head to Netflix and watch its forerunner The Cloverfield Paradox.

Although not a movie but a series, See makes our list as the only post-apocalyptic content on Apple TV+, in case this is the only streaming platform available to you. See tells the story of a far-away future, after a virus infected humankind and took away our ability to see. For centuries humanity has lived in primitive conditions, having adapted to life without sight. In this harsh world, those who are able to see are perceived as cursed and must be eliminated. Headed by the talented Jason Momoa, See is one of Apple TV’s most expensive bets, although it didn’t sit well with the critics. The second season is set to be released this autumn so this is an ideal time to get in it.

Following a disastrous attempt to fix the world’s climate, Earth is now going through a new Ice Age and the remnants of civilization are on board trains that are constantly moving and circumventing the world. People on the trains are segregated, with the rich occupying the VIP carts and the rest crammed in the back. I know it’s hard to imagine a segregated world along lines of wealth but you know. Use your imagination.

Chris Evans stars as Curtis, one of the downtrodden in the back wagons who leads a revolt against the wealthy elite, after learning that the guards cannot actually control them.

A South-Korean and Czech Republic co-production, this 2014 movie was so successful it also spun a spin-off series under the same name, also available on Netflix.

Coronavirus: Q&A on the measures to contain the Covid-19 pandemic