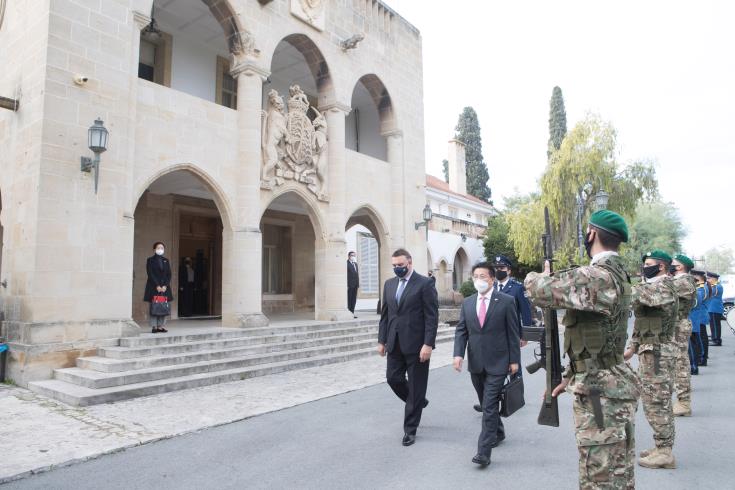 China hopes that the 5+1 informal meeting in Geneva will help lead to the relaunch of negotiations for a Cyprus settlement.

Replying to a question by CNA, Liu Yantao, the Ambassador of China to Cyprus says that the Cyprus problem should be resolved on the basis of relevant UN resolutions. China, as a permanent member of the UN Security Council, will continue to play a constructive role in facilitating a Cyprus solution, he adds.

“China has been closely following Cyprus’ political process. We welcome efforts made by the UN and relevant parties towards a result-oriented 5+1 informal meeting in Geneva from April 27 to 29, 2021. We hope that it will help lead to relaunch of the negotiations” the Ambassador notes.

“Our principled position remains that the Cyprus problem should be resolved on the basis of relevant UN resolutions and the will of the Cypriot people for a comprehensive, just and lasting settlement,” he adds. This, according to Ambassador Liu, serves the interest of Cyprus’ stability and prosperity and the interest of the Eastern Mediterranean region at large.

“As one of the permanent members of the UN Security Council, China has always been playing and will continue to play a constructive role in facilitating resolution of the Cyprus problem and support Cyprus’ efforts in safeguarding its sovereignty and territorial integrity. Meanwhile, China will also continue to support the work of the Bi-communal [Technical] Committees,” the Ambassador adds.

Replying to a relevant question, the Ambassador also says that China fully recognises the role of UNFICYP in maintaining peace and stability in Cyprus. “We have given staunch support to UNFICYP mandate renewals. We are very proud of the Chinese peacekeeping police officers serving in UNPOL Cyprus and their excellent work,” he concludes.

Cyprus has been divided since 1974, when Turkey invaded and occupied its northern third. Repeated rounds of UN-led peace talks have so far failed to yield results. The UN Secretary-General invited all parties involved to attend an informal five-plus-one meeting on the Cyprus issue in Geneva, Switzerland, from April 27 to 29, 2021.

Safe purchase of property through auction