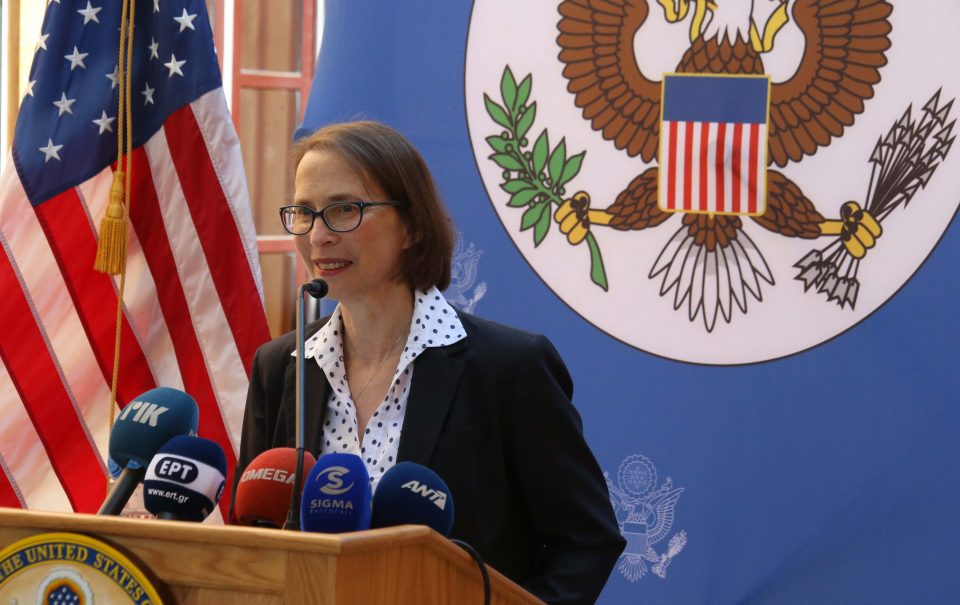 US ambassador to Cyprus Judith Garber

US Ambassador in Nicosia Judith Garber has told CNA that the US hopes all parties will approach the informal talks in Geneva this week with sufficient pragmatism and flexibility to enable the finding of common ground and has reiterated US support of the UN SC endorsed bizonal, bicommunal federation.

Garber had been asked comment on the informal conference in Geneva this week and what she would say to participants in the conference on behalf of the US.

“The United States supports the initiative of the UN Secretary General to host informal meetings in Geneva this week to seek common ground among the parties for resumption of formal negotiations to resolve the tragic division of the island with a just and enduring solution,” she said.

The United States, Garber added, “continues to believe that the UN Security Council endorsed bizonal, bicommunal federation would benefit all Cypriots as well as the wider region.”

“We very much hope that all parties will approach the talks this week constructively and with sufficient pragmatism and flexibility to enable the finding of common ground, to enable the resumption of formal negotiations,” she concluded.