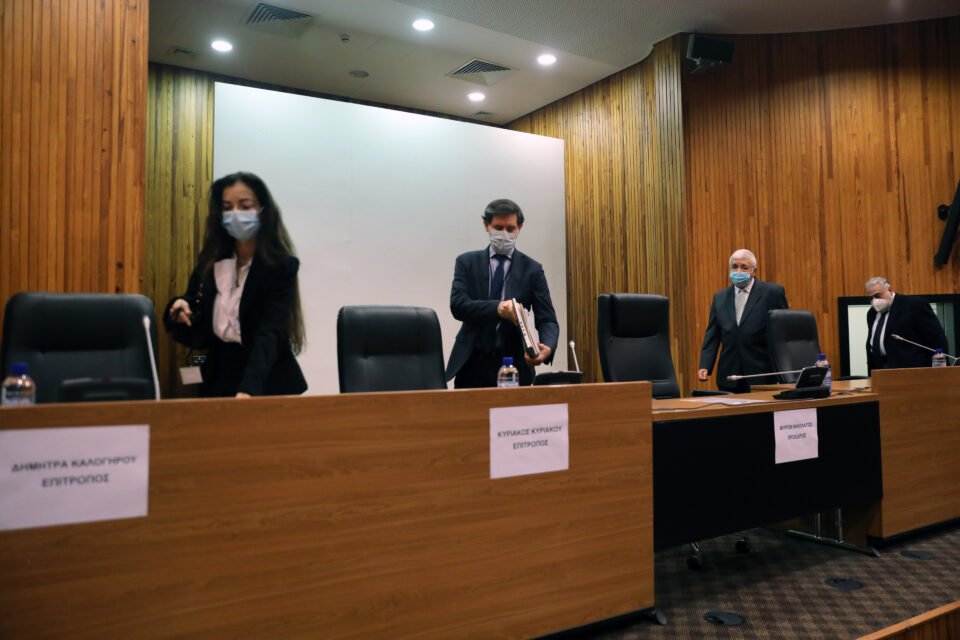 File photo of the panel of investigators (CNA)

The interim findings of an investigation into the citizenship-by-investment scheme were released Tuesday, recording a litany of irregularities and outright unlawful practices in the granting of Cypriot passports down the years – but also stopping short of stating that President Nicos Anastasiades engaged in a quid pro quo with a Saudi businessman.

The heavily-redacted 500-plus page dossier notes that from 2007 through to August 17, 2020, a total of 6,779 citizenships were granted to foreign investors and family members, as well as to managers of companies investing in Cyprus.

Of these, 48.19 per cent related to investors/businesspeople, 33.90 per cent to spouses, and 17.91 per cent to the applicants’ adult offspring and other relatives. Meaning that the majority of passports – 51.81 per cent – related to family members.

“The Cypriot Investment Programme operated without proper legal guidance, and it is obvious that errors were committed in the interpretation of the provisions of the enabling law…” the report states in its conclusions.

In short, under the applicable law, applicants’ family members were strictly speaking not eligible for Cypriot citizenship.

Although the attorney-general’s office informed the interior ministry in writing in 2015 and again in 2016, that that these naturalisations were unlawful “nonetheless the government took no action to remedy this problem up until August 2020 with the enactment by parliament of the regulations including these provisions.”

Likewise the cabinet erroneously deemed that managers in companies, who were employed in Cypriot and foreign corporations, could be considered investors/businesspeople for the purposes of naturalisation. Again, this stood in breach of the relevant enabling law. The managers could not be deemed businesspeople as they owned no stock in the companies.

Additionally, the cabinet operated “in violation of the principles of natural justice, which provide that no one should be a judge in their own cause.” Namely, despite the fact that a code of ethics had existed since 2013, it was not being adhered to.

As a result, cabinet members as well as the president – chairing cabinet meetings but without voting rights – were not informed on the identity of the service providers/promoters when approving naturalisations.

The service providers/promoters were companies – like law firms – facilitating foreign investors in applying for citizenship.

Absent this information, the report states, cabinet members “would not declare any direct or indirect interest in the affair, and thus not recuse themselves, as they ought to.”

For example, former transport minister Marios Demetriades took part in cabinet meetings from March 2014 to February 2018. During these sessions 137 naturalisations got the nod – promoted by a law firm linked to Demetriades.

Also, then-defence minister Savvas Angelides – now the deputy-attorney general – sat in on cabinet meetings where three naturalisations approved had been promoted by a law firm, in which an individual tied to Angelides worked.

Both Demetriades and Angelides voted in these particular cabinet sessions.

Similarly, President Anastasiades participated in meetings where around 50 citizenships were approved; these applications had been promoted by the law firm he co-founded.

The report then focuses on Anastasiades, and on his testimony before the panel regarding his ties to the Saudi businessman naturalised in January 2015. The president had testified under oath that he had traveled to the Seychelles twice using a private jet owned by the Saudi.

The issue is that on August 18, 2015 – six days after Anastasiades’ first trip – the second wife of the Saudi applied for Cypriot citizenship as well. The cabinet approved her application on the very next day. Anastasiades’ second trip to the Seychelles took place in August 2018.

Cypriot law does not provide for naturalising second spouses or for polygamy.

As for former House Speaker Demetris Syllouris, his name appears to be tied to two applications by foreign nationals – one naturalisation occurring in 2018, the other in 2019.

On this, the report recommends “investigating potential interference for the purpose of approval of the applications in question, and whether there arises an issue of abuse of power.”

Syllouris was forced to step down as House Speaker last October after an undercover video by al Jazeera showed him offering to help a (fictitious) Chinese businessman with a criminal record secure citizenship.

Moving onto Archbishop Chrysostomos, and his role in promoting the application of a Malaysian national – who it later transpired was wanted by authorities in his home country – the report says he received two cheques. The first was deposited directly into the accounts of the archbishopric; the second into a foundation which Chrysostomos founded.

“The amounts in question may be the product of money laundering. Therefore, the competent services…should initiate a procedure to recover these amounts…”

On the role of the service providers/promoters, the panel investigating the passports scheme found that 41 such companies had promoted applicants deemed high-risk.

“Upon examination of the files, it emerged that certain service providers, tied to political persons, would sometime leverage this relationship in order to influence the ministries of the interior/finance, and even the presidential palace, to either speed up the assessment of their applications or to approve the applications deviating from the applicable criteria.”

Moreover, “some professionals, in a bid to serve the interests of their clients, may have committed criminal or administrative offences, which must be investigated by law enforcement authorities.”

Of the 195 files – 417 citizenships granted to high-risk investors, including family members – the report recommends that 44 be reviewed for revocation.

Elsewhere, the dossier discusses at considerable length a particular case where the source of funds, deposited in Hellenic Bank on behalf of an applicant seeking citizenship, is untraceable and highly suspect. The amount is redacted, as is the name of the account, which belongs to a law firm.

The text states that a Hellenic employee (whose name is blotted out) appears not to have exercised due diligence regarding the source of funds.

Regarding the same citizenship case, the report goes on cite an excerpt from the so-called Cyprus Papers.

“[Name redacted] has been investigated since 2012 for money laundering, tax evasion and since 2018 for theft of government funds. In [redacted] 2020 [redacted] anti-corruption squad seized $[redacted] of cash, which they claim was intended to bribe officials to close their investigation into [redacted].”

The Cyprus Papers name Burisma as the company for which Ukrainian officials allegedly took bribes to close their investigation. The redactions are to conceal the identities of individuals whom the attorney-general may decide to indict, and also to hide sensitive information given that the European Commission has initiated infringement proceedings against Cyprus over the passport scheme.

The passport programme was nixed in November 2020, shortly after al Jazeera aired its undercover documentary.