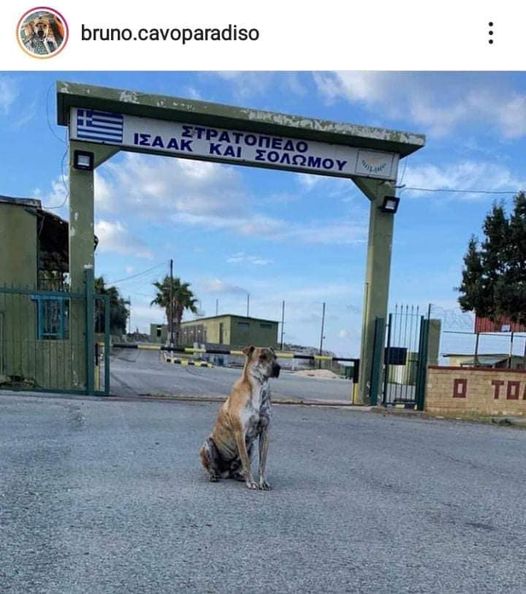 Bruno outside the army camp he used to frequent

The Ayia Napa municipality said Tuesday it would investigate an incident in which one of its staff abused a dog while trying to catch the animal and take it to the pound.

The incident, which was caught on video, sparked outcry after it was posted on social media.

In a statement, the municipality said it appeared there was evidence of “excessive violence” being used during the dog’s transportation to the pound.

It said the municipality had received several complaints from people who saw the dog was wandering in the Cape Greco area and expressed concern it might be dangerous.

It is not clear whether the dog became aggressive during his transportation or whether the trapping method by the law was used, the municipality said.

“The clear instructions given to municipal staff is to respect animals and act according to the law,” the statement said.

The mayor visited the dog at the shelter and determined it had no injuries, it added. A vet has been called to examine the animal.

Known as Bruno, the dog apparently resides in a nearby army barracks and even has his own Instagram page

Coronavirus: personal doctors have some concerns about logistics of administering jab