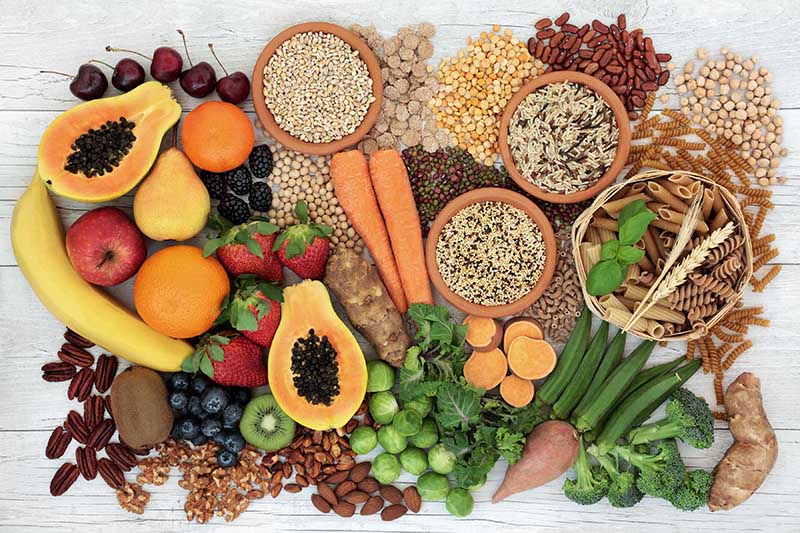 A healthy immune system is vital for keeping us well, and one proven way to support it is with probiotics.

Many studies have found these ‘good bacteria’ can help balance gut flora, helping produce protective substances which may ‘turn on’ the immune system to fight off bugs, and there are other benefits to making sure you get enough probiotics too.

The World Health Organisation defines probiotics as “live microorganisms which when administered in adequate amounts confer a health benefit on the host”. Dr Carrie Ruxton says: “Probiotics are live ‘friendly’ bacteria in food or supplement form that can alter the balance of our own gut bacteria – assuming they reach the gut intact.”

And there are lots of benefits. “There are now over 26,000 research articles on their use. These include improved protection against gastroenteritis, reduced inflammation (hence the link to Covid), and boosting immunity – being harmless microbes, they’re good at stimulating non-specific immunity in the gut. Specific diseases like IBS (irritable bowel syndrome) and IBD (inflammatory bowel disease) have been looked at and there’s currently immense interest in obesity and gut-brain interactions (cognitive function),” added Professor Glenn Gibson, a professor of food microbiology at University of Reading.

While there’s also some evidence probiotics are helpful for reducing cholesterol, Gibson says there’s only limited “tenuous” evidence, if any, that they’re beneficial for reducing blood pressure and helping psoriasis and chronic fatigue syndrome.

Ruxton adds: “Many chronic health conditions, including type 2 diabetes, obesity, inflammatory bowel disease and bowel cancers, have been linked with an imbalance of gut bacteria, called dysbiosis, and optimal immune function – giving us defences against viruses such as coronavirus – depends on having the right bacteria in our gut.”

Probiotics are found in many fermented foods, including kefir as well as yoghurt. They can also be found in supplements and special drinks. “It’s good to combine probiotics with prebiotics – dietary substances that boost numbers of ‘friendly’ bacteria and promote their activity. The most accessible prebiotics are tea, onions, garlic and leeks. These have been proven to help rebalance our gut microbiota,” Ruxton says, as prebiotics act like fertilisers for live probiotic microbes already in the gut.

Modern diets tend to be low in fibre, fruit and vegetables and high in animal protein, which doesn’t do gut microbiota any good although our nutritional intake during infancy may also play a role. “However, people who are eating their five-a-day fruit and veg, and getting two to three daily servings of fibre-rich foods like wholegrain bread, pasta and rice, or high-fibre breakfast cereal, plus a few servings of fermented foods a week, should have a healthy gut microbiota. Everyone else should consider adapting their diets, or taking a probiotic supplement,” suggests Ruxton.

Gibson says probiotics containing lactobacilli and bifidobacteria are the most well researched and have the best safety and efficacy records. However, he says product quality varies, with some probiotic products being very well researched and others not. “Another big issue is a lack of clarity on health claims – consumers are rightly bewildered at the range of products and a gross lack of information on what to choose.”

While Ruxton agrees key species include bifidobacteria and lactobacilli, she says: “There’s no need to focus on any particular types or strains because scientific evidence suggests benefits for a range of bacteria. However, focusing on lactobacillus strains is a good start. And make sure the product guarantees most of the bacteria will survive the journey through your gut and reach the large intestine intact.”

Ruxton says people who are immunosuppressed, for example if they’re taking immunosuppressant drugs linked to organ transplants, should avoid probiotics because even ‘good’ bacteria, which would be harmless in most people, has the potential to cause infection in those with a suppressed immune system. “Apart from that, probiotics don’t cause harm, even in young children,” she says. “In fact, foods containing natural probiotics have been eaten by people around the world for thousands of years.”

Shoppers opting for local meat this year due to costlier imports